Duracell Trusts In Its Power 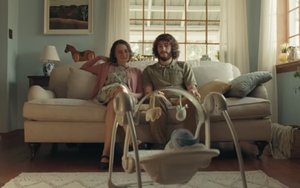 In an “alternative fact” reality, trust may be in short supply. At least there’s Duracell.

In a fortuitous (and strategic) bit of timing, the well-known battery brand has launched a new brand platform, “Trust Is Power,” intended to show that Duracell batteries can be relied upon, regardless of the other information that’s out there.

The campaign, the first from agency Wieden+Kennedy since landing the business last October, includes commercials depicting how the batteries can be a trusted resource in an unpredictable world.

One spot showcases the brand’s C-cell batteries (“a soothing cylinder of trust”) used to power a baby rocker, reliably calming a baby in the face of conflicting advice (including tips from “your mother-in-law that always seem to involve a fair amount of brandy”). Another commercial showcases the brand’s Double-A batteries used to power clippers to control a man’s unruly ear hair.

In addition to the television commercials, the agency has created a first-ever Duracell Catalog to show off all its power sources in a new format. Distributed via Instagram, the catalog takes the batteries out of cluttered kitchen drawers and behind battery compartment doors and showcases them in a new light. Each battery gets its own section of the catalog (“The Double,” “The Nueve”), where its uses are shown off in a humorous manner. (One element for a 9-volt encourages people to “know your smoke points” before an illustration of a smoke detector and the heat at which various cooking oils begin to smoke.)

“Trust seems in very short supply today,” said Ramon Velutini, vice president of marketing at Duracell, in a statement. “As the most trusted name in batteries, we felt that it was a better time than ever to leverage what our brand has always been built on. We wanted to come forward and reassert our position as a power that everyone can trust, every day. We’re taking a lighthearted look at the real issue of trust because while you do need trustworthy power when you’re climbing K2, you also need it for your game controller and your kids’ toys.”