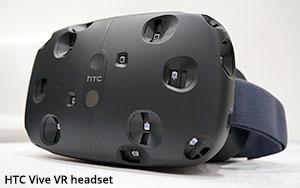 Virtual reality content creators just got a boost thanks to a global initiative seeking to fund the development of VR experiences that have a positive impact on the world.

The VR For Impact program, which was recently launched by HTC’s Vive division, plans to invest $10 million in VR content, hardware and software that ‘create the most powerful experiences to transform our world.’

The program is designed to align with the United Nation’s Sustainable Development Goals, which comprise 17 objectives aimed at ending poverty, protecting the planet and ensuring prosperity for all by 2030, according to the UN.

“The potential for Virtual Reality to help us learn, understand, and transform the world is limitless,” Cher Wang, CEO of HTC, said in a statement.

“VR for Impact is a challenge to the VR community and content developers across the globe to help drive awareness and to solve the biggest challenges of mankind,” she said.

Criteria for applying are loose and HTC says it is interested in any VR experience or prototype of an experience that fits with any of the UN’s goals. The experiences are also not limited to being developed for HTC’s Vive system so nearly any immersive experience could qualify if the subject-matter is relevant.

Examples of potential experiences include immersing viewers in the first-person perspective of other cultures, exploring the microscopic world in classrooms or bringing utility to industrial planning with visualization and real-time collaboration, according to HTC.

Some of these use cases have been areas of exploration with projects like Google’s Expeditions, which uses Google Cardboard VR viewers to transport classrooms to remote areas of the world, including underwater and outer space. However, those experiences are limited to 360-degree still images, rather than room-scale virtual reality.

"The Vive's room-scale VR capability can be a powerful tool for immersive storytelling, education and training; HTC’s support will empower more people to effect global change, give voices to the most vulnerable and provide access to new possibilities for the most marginalized," Gabo Arora, creator of the UN's VR Initiative and creative advisor to the World Food Program, said.

"There are millions of untold stories in every crisis, especially on the front lines where much of our work takes place," Corinne Woods, director of communications for the United Nations World Food Program, said.

HTC is currently accepting applications to the program and plans to announce the first round of winners on Earth Day in April this year.