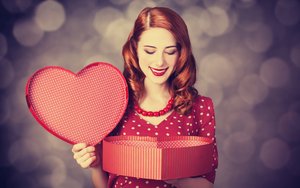 Optimizing search campaigns for Valentine's Day, which arrives in a little more than two weeks, seems pretty straightforward -- until you remember that this year, the special day set aside to demonstrate one's affection for another comes nine days after Super Bowl LI Sunday. That leaves one weekend between football and gratitude.

Mobile accounted for 48% of Bing Valentine's Day searches in 2016. One in five mobile users looked up retail information such as location on their device. Some 30.5% used a mobile device to research products and compare prices, and 36% used an app to buy chocolates, and flowers or make dinner reservations.

Not all of the items bought to show one's affection for another went to lovers. Consumers did spend 99% per person on a significant other, $54 on co-worker, $50 on family member, $36 on a classmate or teacher, $36 on a friend and $26 on a pet, according to Bing.

Retailers looking for a little extra oomph should consider ad extensions to support campaigns that link to specific landing pages on Web sites.

"It's become easier to make an impulse purchase on a mobile device, this is pure speculation," said Jaysen Gillespie, VP, head of data science and analytics at Criteo. "It might be that you're out and about or forgot a last-minute gift for a friend and realize you need to get them something for Valentine's Day."

Criteo released data Friday that shows more than half of sales of flowers and gifts come from mobile devices when ordering on a retail Web site. Conversions rates on smartphones grow three-times as much as desktop sales, compared with a baseline average taken from January 15 to 21, 2016.

While the data is a year old, he said smart marketers can recast that data to determine the outcome this year based on the digital trends marketers have seen to date.

For starters, consumers are gaining "an increasing level of comfort" for making purchases on smartphones, Gillespie said.

"It's not that 79% of purchases were made on a smartphone last year, though we may pull that number from retailers this year, or at least break through 50%, but the propensity to make the purchase from a smartphone rose 79%," he said.

Of those who purchased flowers and gifts, half were made on mobile devices—smartphones and tablets—in 2016, according to the data. Gillespie said retailers are making it easier for consumers to make purchases from a mobile device.