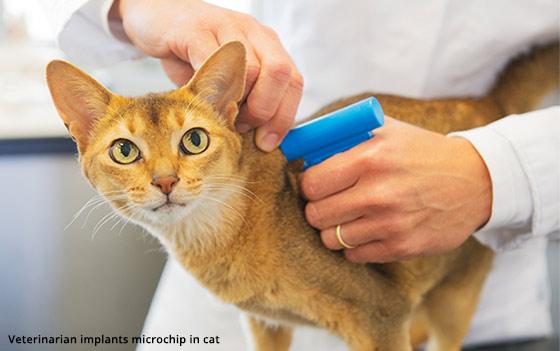 The Internet of Things involves a lot of tracking, both of things and of people.

Sensors and chips can be embedded into household appliances, toys, pets and even people.

Now there’s a move in one state to keep microchips from being implanted into people.

Microchips already can be implanted in pets so they can be found if lost.

Lawmakers in Nevada just introduced a bill that would make it a felony to require someone to be implanted with such a chip, which could be a radio frequency identification (RFID) or near field communication (NFC) chip.

Nevada state senator Becky Harris said the microchipping of people is not as far-fetched as it might seem, since it’s already happening in other areas.

“As I began to look into the issue, I was surprised with the merit that I believe the issue warrants,” Harris told the Senate Judiciary Committee on Monday, as reported in the Las Vegas Review Journal.

Hundreds of Australians already have turned themselves in for chip implants, which then allows them to unlock doors, log into computers or turn lights on and off with the wave of a hand.

The chips are tiny (think the size of a grain of rice) and can be easily implanted under the skin.

Harris said the technology is used by companies in Belgium and Sweden to identify employees.

“It’s done under the idea to unlock doors or use copy machines or maybe pay for lunch, you could use your hand,” she said.

“Each kit costs about $100 and includes a tag and an injection tool,” Harris said.

The Wall Street Journal has reported an estimated 30,000 to 50,000 chips have been sold globally, she said, as reported in the Review Journal.

No major opposition to the Nevada bill was logged.