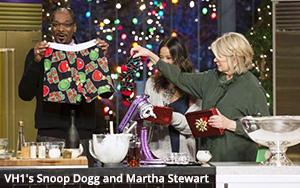 An executive from Turner put it rather succinctly the other day when he commented in a public forum on the state of basic cable today.

“There are too many sh---- networks in the United States that have to go away,” said the executive -- John Martin, chairman and CEO of the Turner network group at Time Warner -- using a word that has come into wide use on basic cable lately (but which I still choose to blot out tastefully with dashes).

He made his comments at a media forum in Manhattan at the end of November, according to a story on the Hollywood Reporter Web site.

His comment dovetailed with my own impressions recently about the state of cable -- gleaned from the experience of grazing through the channel lineup every day in search of something to watch and passing by so many networks and shows on which I almost never stop.

As usual in such cases, I imagine I am far from unique. I assume many other people are having the same experience.

Maybe you have asked yourself these same questions while watching the channels and show titles fly by: Who is this “Vanderpump” anyway? And what is this “Love & Hip-Hop” show?

FYI: “Vanderpump” is the last name of a person who is the focal point of a show called “Vanderpump Rules” on Bravo. “Love & Hip-Hop” is on VH1. There’s an Atlanta version and a Hollywood version. There may even be more versions, but turning to Google for more information on this show is above my pay grade.

The point is that there is a vast swath of basic cable that is the TV equivalent of fly-over country -- you “fly over” these networks on the way to somewhere else.

The other day, I made a stop in fly-over country, on VH1, to sample a show I had heard about featuring Snoop Dogg co-hosting with Martha Stewart. Now there’s an offbeat combination that just might work, I thought hopefully as I settled in to watch the show.

Titled “Martha and Snoop’s Potluck Dinner Party,” the show is styled as a get-together of celebrity friends who come on-set to help Snoop and Martha prepare dinner. There is a studio audience and even a DJ -- like a nightclub, but with a kitchen.

In the episode I attempted to watch, the DJ held a teddy bear in one hand while spinning records in the other. Maybe he’s a Millennial who obtained this stuffed companion as a means of self-comforting after Donald Trump won the election. Isn’t this what Millennials do?

As implied by the use of the phrase “attempted to watch,” I bailed after about seven minutes because the show was unwatchable. It consisted of Snoop and Martha exchanging off-the-cuff comments about the food and drink they were preparing, while “celebrities” who nobody ever heard of trotted in and out.

The ad-libbed comments were disgusting too. I gave up after Snoop made some kind of a comment about spurting his brown juice into the punch -- or something like that. And I just thought: How have we come to this, where we’re making TV shows that are far worse than the worst we ever saw in the worst eras of old-fashioned network TV?

This Martha and Snoop show is so poorly made that you come away thinking that the people who produce it simply don’t care. And maybe there’s a sector of basic cable that is losing so much viewership -- and by implication, money -- these days that maybe their owners have stopped caring.

Well, if they feel as if they’re toiling on the TV version of the Titanic, then it's partially their own fault. VH1 has long been basic cable’s low-rent district, but it’s worse today, if that’s possible.

Who are the other fly-over networks on basic cable? Bravo is one, and so is MTV, which lately has been shedding programming executives left and right. When was the last time MTV had a show anyone talked about? “Jersey Shore”? That show ended in 2012, which may as well be a lifetime ago.

Now Snooki’s on the upcoming “Celebrity Apprentice” on NBC (starting in January with Arnold Schwarzenegger), along with a gaggle of other pseudo-celebs who you likely won’t know.

Maybe the problem is that the reality-TV trend -- at least where the preponderance of the shows you fly over on Bravo, MTV, VH1 and some of the Discovery channels are concerned -- is over.

We are in a “quality” TV moment now, which means there’s too much good stuff to land on elsewhere, after we’ve passed over the fly-over country of basic cable.

This column was previously published in the TV Blog on December 1, 2016.