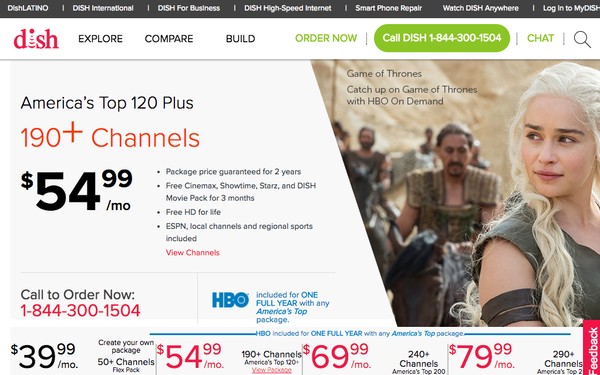 Dish Network gained new pay TV subscribers in the fourth quarter for all its businesses -- as well as posting a net profit reversing its previous fourth quarter loss. All helped push its stock up.

Dish Network does not break out subscriber gains or losses for each of its pay TV businesses -- traditional satellite TV distribution or its Sling TV, its digital delivered pay TV service. One estimate late in the fourth quarter 2016, from Parks Associates, estimated Sling TV had surpassed the 1 million subscriber mark.