Plum Organics Urges Parents To Get It On 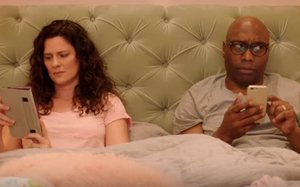 In 2015, Plum Organics started something of a creative trend for baby and kids’ brands when its first national campaign encouraged “unfiltered” sharing among parents about the frustrations, as well as joys, of child rearing.

Now, the organic baby food brand is running another “social movement” campaign. This time, it’s encouraging parents to make guilt-free time within their busy schedules to nurture their relationships as couples — and in particular, their sex lives.

Called “Do Your Part(ner),” the multi-pronged, all-digital campaign, with creative led by the Something Massive agency, was inspired by marketing team research that confirmed that most (88%) parents think that having a good sex life is essential to their families’ happiness.

Additional research yielded “unfiltered” insights such as: 70% of Millennial parents feel guilty when they’re away from their child for a night out with their partner; nearly 70% with a significant other talk about their kids most of the time that they’re alone together; and more than a third say that the thing they do most in bed, in addition to sleeping, is catching up on news or social media.

The campaign includes a humorous 70-second “PSA” video (below) starring actress, mom and wife Katie Aselton. Aselton stands in front of a couple sitting up in bed, totally engaged in their mobile devices. “Does this look familiar?” she asks. “End of a long day, the kids are asleep, you finally get a moment to yourself, and what do you do? Not each other. Just because you’re parents doesn’t mean that your phone should get fondled more than you do…”

The Aselton video has generated an impressive 2.8 million views on Facebook, and more than 36,000 views on YouTube, in just over two weeks.

In addition to embedding the video in the brand’s social media assets, including Facebook and Twitter, Plum is running multiple paid ads on social that highlight the video, as well as short, playful promotions that retarget consumers who’ve seen the original video content. A series of video posts that highlight key insights from the survey conducted for the campaign, as well as pull quotes from an interview conducted with relationship expert Esther Perel, are also in the social mix.

The social efforts are focused on driving parents to an online campaign hub to take a #DoYourPartner pledge to “make love a priority.” They can also use a tool to schedule a date and time and auto-generate calendar invites to their other halves.

The site also includes a 90-second video and other content with insights on parental sex from Perel, and “G-rated quickies” — fast ways to connect with your partner, no matter how little time you have.

In addition, the hub offers an explanation for why a baby food maker is venturing into parents’ sex lives. “You might be saying, ‘Guys, what the heck does this have to do with baby food?’…we’re a brand by parents, for parents…we believe in creating an open dialogue about the real lives of modern parents. If by doing this, we can help even a few of you to feel normal or have a laugh, that’s a win for us. Plus, as parents, we know first-hand that after you have kids, your relationship can sometimes take a backseat…”

Although the campaign was slated to launch in time for Valentine’s Day, “Plum hopes that through this humorous PSA, we can empower parents to make time for themselves and their relationships year-round,” says the brand’s SVP of brand marketing and innovation, Ben Mand.

The campaign’s paid digital media strategy is focused on places parents go for entertainment and enjoyment, keeping in mind that content that is typically consumed with partners. Formats include pre-roll on connected TV, desktop and mobile, as well as audio spots on Pandora.

Finally, there’s a sweepstakes with a grand prize of (what else?) a mattress.