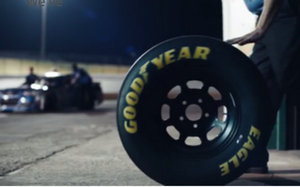 This Sunday is the day racing fans look forward to all year. If they aren’t lucky enough to be in Daytona, Florida, they will be glued to their TV sets watching the iconic race on Fox. Last year’s broadcast garnered 11.4 million viewers.

Brands are taking advantage of the likely huge Daytona 500 audience with a number of marketing activations. A slew of NASCAR Official Partners have TV spots planned.

The broadcast is a natural for automotive ads. Chevrolet and Ford will be running brand spots. Chevy will also be running lower-third graphics during the broadcast. Toyota is running new creative intended to convey the heat, intensity and energy of NASCAR while introducing the new 2018 Camry.

Ford has made a large social buy on Twitter to rally support around their drivers leading into the Daytona 500. The campaign will focus on 1-to-1 engagement with fans and build on the enthusiasm and excitement of Stewart-Haas Racing’s first D500 in Fords, as well as a NASCAR.com home page takeover today along with custom editorial.

Toyota also will execute a large social buy with special components. As in 2016, Toyota will launch a #ToyotaNation emoji running through March 5 as well as a promoted trend. Toyota will have ownership of the 1st position on Twitter’s promoted trends, #Toyota Nation will appear in trends/search topics. The automaker will offer pizza to fans during the Daytona 500 for fans using #ToyotaNation + pizza emoji.

Coca-Cola will launch a new NASCAR-themed spot that features the Coca-Cola Racing Family while Nationwide is debuting new creative featuring Dale Earnhardt Jr that will create a season long platform for content on their diverse insurance offerings.

Sunoco and Goodyear are running NASCAR-themed spots. Sunoco’s spot is built around their new campaign “If it has an engine” that highlights their role in NASCAR and other motorsports. Goodyear is running its 2016 spot featuring Dale Earnhardt Jr.’s journey called “Made.”

Social and digital activations also figure prominently. Allegiant launched a sweepstakes titled “Get away your way” on NASCAR.com this week to create brand awareness among NASCAR fans and reward them with Allegiant flights and Champion’s Week package.

DraftKings is running an “enter for free” contest on their Web site for the first time, giving fans the chance to win $10,000. The brand also will be featured in-broadcast with a Fox read and video package.

Nationwide developed a six-part video series titled “The Road to Daytona” launching this month featuring content around the #88 team and Dale Jr as they prepare for the upcoming season.

Several brands are sponsoring racers including 5-Hour Energy, which is behind Erik Jones and the #77 Furniture Row Racing car. Both Hooters and NAPA Auto Parts are aligned with Chase Elliott and Hendrick Motorsports.