Hey, Oscars, Who Are You Going To Forget About This Year? 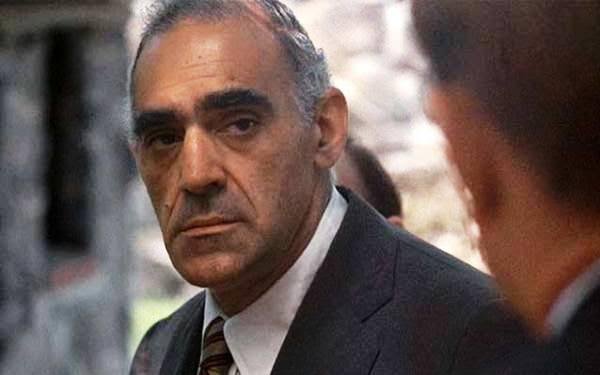 It’s the biggest question on everyone’s mind in the days leading up to the Oscars: Which dead star or stars will they leave out of the “In Memoriam” segment this time?

When all is said and done, this is really the thing people like to talk about the most following the Oscars. For example, without even looking it up I can tell you who was left out last year. It was Abe Vigoda, one of the stars of one of the most revered movies in motion-picture history, “The Godfather” (photo, above).

But can I tell you who won the Best Actor or Actress awards, or the Best Picture Oscar last year? Um, no. Isn’t that what Google is for?

While my record of award-show prognosticating ranges from terrible to dismal, here’s one prediction that’s the closest thing there is to a sure thing about the Oscars: When it’s over (and even while it’s still on), everyone will complain about it.

Some people are already complaining about it and it hasn’t even aired yet. These would be all the TV and movie columnists filing opinion pieces on Friday in advance of the show Sunday nights as their work weeks are coming to a close.

If they’re anything like me, they wracked their brains in vain for something else -- anything else! -- to write about today. But in the final analysis, on the Friday before Oscar weekend, you can’t avoid it.

So you throw up your hands and write another pre-Oscar column. Such pieces are known in the trade as “scene-setters” or “curtain-raisers.” (I’ve heard both phrases used in various newsrooms.)

I will admit right here and now that they are often contrivances containing little or no useful information. Read this one all the way to the end and you’ll find that out soon enough.

They’re speculative rather than factual. They’re not journalism; they’re guesswork. The vast majority of them are filled with empty predictions. And even the most-seasoned veterans of the movie beat never seem to get it right.

It’s not exactly going out on a limb to predict that the Oscar telecast will be overlong. It will contain many segments that people will say later should never have been included, such as speeches from people no one ever heard of, and various awards in filmmaking categories that the average person doesn’t really understand.

Some of the conversation both during and after the show will center on this year’s host, Jimmy Kimmel. For some reason, it is vitally important for people to pass judgment on the effectiveness each year of the Oscar host.

The heat this subject generates is far out of proportion to its importance -- which, come to think of it, is something you could say about the whole Academy Awards show generally.

For a critic writing a morning-after review of the Oscar show, it’s a lost cause. Write glowingly about the Oscar host and you’ll receive feedback accusing you of being drunk, mentally ill and just plain stupid. Pan the Oscar host’s performance and, well, the same thing will happen.

And approximately one day after that, virtually the entire show will be forgotten -- the winners, losers, the red carpet attire, the demeanor of the host and even the political commentary that our community of movie stars will work into their acceptance speeches. Fox News might keep some of these in the limelight for a few days, but that’s about it.

Given all that there is to complain about every year, there are always commentators out there who will call for “fixing” the Oscars. Here again, though, it’s reasonable to ask: Why bother?

Where the show’s length is concerned, it is widely assumed that the network doesn’t mind if it goes as long as it can go. That way, they can squeeze in more commercials, which is understandable because that happens to be the business they’re in.

“Fix” the Oscars? Every year, you hear the same complaints. But the situation reminds me of the kinds of statements attributed to Yogi Berra such as, for example, “Nobody goes there anymore –it’s too crowded!” (something he supposedly said about a restaurant, if memory serves).

Of the Oscars, Yogi might have said, “Nobody talks about the Oscars anymore – there’s too much complaining about it!”

academy awards, awards show, film, movies, tv
3 comments about "Hey, Oscars, Who Are You Going To Forget About This Year?".
Check to receive email when comments are posted.
Read more comments >
Next story loading