UN Goes Global With Anti-Violence Against Women Spot From Uruguay 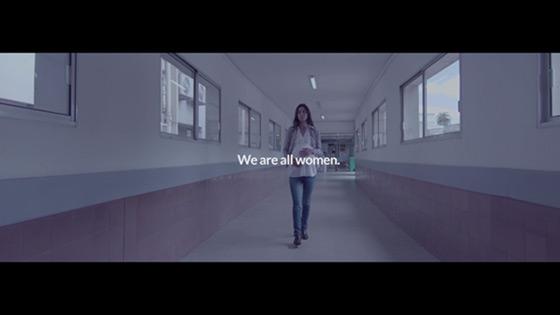 The United Nations (UN) is exporting its regional Uruguay campaign developed by Amen Citizen Communications in order to raise awareness about the daily violence that exists against women worldwide.

The agency partnered pro bono with the UN Women Coordinator in Uruguay along with Bombay Films (Direction of Gustavo Pérez), the Ministry of Public Health of Uruguay, the Municipality of Montevideo and Pereira Rossell Hospital to develop the "We Are All Women" initiative.

The spot begins with a couple where the tension between them is obvious, although explicit violence is not exhibited by the male character but his violent nature is evident. Then the piece flashes back across the life of the man to before his birth. The ad is supported with social media outreach, via the #WeAreAllWomen hashtag.

Although the Uruguayan office was "absolutely sure" of the quality of the material achieved, they needed the clearance of regional authorities.

"We did this campaign for Uruguay, but when they saw it, although the United Nations has a lot of approval processes, they asked us globally," says Julian Kanarek, Director, Amén Citizen Communications. "This is an international level production.”

The project has invited different Latin American mass media to promote this message in a pro bono way, so at the moment it can be seen on Latin American television channels, it is also running on United Nations web platforms and in theaters, according to the agency.

Amen has worked for the Uruguayan Office of UN Women since 2015, including the 2015 and 2016 International Day for the Elimination of Violence against Women.