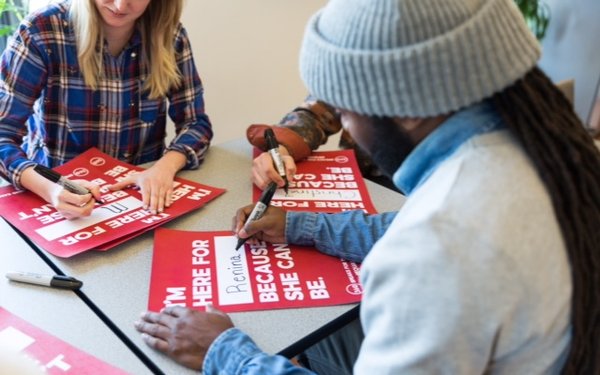 Several agencies are lending their support for International Women's Day (IWD), celebrated every year on March 8 to show respect, appreciation, and love towards women for their economic, political and social achievements.

With women representing more than half of its workforce, Saatchi & Saatchi Wellness is hosting the “A Day Without Women” event where staffers will stage a walkout at 12 pm on Wednesday to show their solidarity for equality, justice and the human rights of women and all gender oppressed people. Organizers are sending emails to the whole agency reminding them to wear red and walk out together, creating a Facebook and Twitter event detailing time, place, and why as an agency they are walking out. They are also asking Publicis partners to share the event and join them in this march, as well as ask their creative team/studio department to create signs and posters.

Eleven is embracing the #BeBoldForChange theme after sending an email to all women at Eleven - and asked them to send the message to their friends - asking "What will you be doing in 2017 to be bold for change?" The agency is transforming 22 of the 80 responses into large posters and treatments to plaster all over the agency's office windows. Organizers will also post them on its art gallery wall for the week as well as publish them on its website and all social channels. Eleven is also partnering with a media vendor to donate 250 digital boards across the country to display these posters/treatments.

Ustwo will be participating in "A Day Without Women” by giving all of the women who work at the digital product studio the day off, with the backing and support of its  leadership team.

Mcgarrybowen is working with Western Union, an official sponsor of IWD, to celebrate the role of education in helping girls reach their goals through an advocacy campaign. The ad - featuring five girls representing different nationalities, running up hills and over rooftops as they race together towards their opportunities - will run globally across digital, social media and video-on-demand platforms.

360i is launching the #EqualVoices initiative conceived by a pair of female creatives to show solidarity with those who can’t afford to or are unable to participate in ‘A Day Without Women’ activities. Beginning Monday, March 6, 360i is devoting its website and channels to women without flexible work schedules or paid time off by publishing their names and reasons for why they can’t participate in these activities. Then on Wednesday, 360i employees will join ‘A Day Without Women’ activities across the country, while carrying signs that bear their names.