Known For Precision, Krups Taps A Softer Side 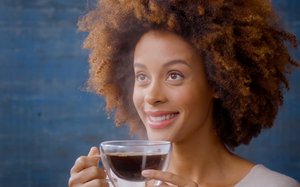 Krups is out with a new integrated campaign designed to reach certain consumers wherever they consume media. It is the company’s first national addressable television buy.

“Delight in the Details” -- created by agency A Different Kind of Animal and media agency Maxus, both of New York -- is aimed at that population which takes pleasure in delighting their family and friends with food.

“We sought to evolve the brand in a way that leverages [its] heritage but reveals a more emotional, deeper truth about the category and consumers,” says Ben Cruz, A Different Kind of Animal co-founder and CCO, in a release.

A highlight of the six-month campaign is a series of 20 how-to recipe videos, produced by Delish and the editors of each brand, marking the first large-scale cross-collaboration video series for the food, recipe and entertaining site, per the Parsippany, New Jersey-based company.

The 60-second videos incorporate Krups products and bring the brand’s message to life. The first video to launch is a Delish collaboration with Country Living, showcasing the new Krups waffle maker, along with the other products featured in the new campaign, and a recipe for Cinnamon Bun Waffles, which launched on Delish.com and CountryLiving.com on March 27.

A 30-second ad runs across cable providers Dish, DirecTV, Altice and Comcast. The addressable television strategy seeks to best leverage consumer data and hone in on the brand’s target shopper, the company says. The ad will be served to consumers who match Krups' consumer profile and are active shoppers at retail locations where Krups products are sold.

In April, Krups will unveil a redesigned website, KrupsUSA.com, which reflects the look and feel of the campaign and incorporates new features such as a “Delight in the Details” landing page, interactive recipe section and content-rich product pages within each appliance category.