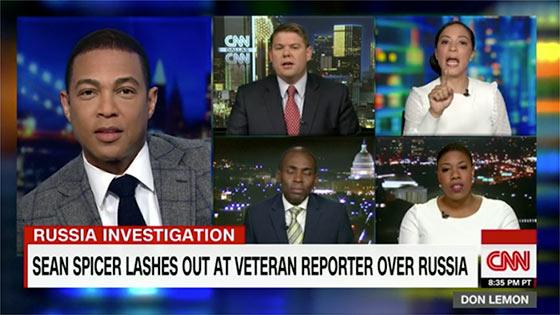 TV news viewing hours -- from TV cable news networks and broadcast programming -- are on a high.

Looking only at the three biggest cable news networks -- CNN, Fox News Channel, and MSNBC -- viewing is up 28% year to date, and 28% higher for the most recent week.

Brian Wieser, senior research analyst at Pivotal, writes: “Media network news divisions are currently experiencing a renaissance of sorts, despite the rising availability of news in digital environments and general weakness in the broader television business.”

In 2016, national TV news programming was 21% higher over the year before, amounting to 44 billion person-viewing hours -- 12% of the all national TV.

For the most recent week, MSNBC’s “The Rachel Maddow Show” had the most person-viewing hours -- 23.4 million, more than double last year’s 9.3 million.