Lululemon Looks To New Marketing To Chase Blahs Away 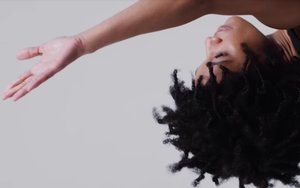 The Vancouver-based company announced the new ad campaign in a conference call following its fourth-quarter earnings. Promising that the new effort will break mid-May, CEO Laurent Potdevin described it as a “partnership with the dynamic creative agency that is also the leading amplifier and distributor of content to millennials across the world,” according to the Seeking Alpha transcript of the call.

“Through these disruptive and innovative campaigns, we will strengthen our guest loyalty, while also inspiring millions of new guests to join our growing collective.” While he declined to name the agency, he calls it a global launch, concentrated in key cities around the world.

That news didn’t stop investors from beating up its stock, however. Fourth-quarter results were solid: Net sales rose 12% to $789.9 million, up from   $704.3 million in the same period last year. Comparable-store sales climbed 8%. And income from operations advanced 18% to $196.6 million. But while that marks the first return to positive operating income growth in three years, the company spooked observers by reporting a slowdown in the first quarter, with the company now forecasting a “low single digit” decline in same-store sales. Potdevin says the decline is due, in part, to the spring season’s unappealing colors. “We should have been bolder,” he tells investors.

And observers say the company faces challenges ahead, with many more stores offering comparable products, and the end of the yoga-pant love affair in sight: “It will have to contend with the saturation of a slowing athleisure market,” writes Neil Saunders, managing director of GlobalData Retail, in his commentary. “These things will take the edge of growth and may mean that Lululemon struggles to increase its comparable sales.”

Still, he says, its lock with Gen Y yoga buffs seems secure for now. “Some of this is down to Lululemon's army of loyal fans who regularly visit stores to see what's new. But some is also down to the fact that Lululemon's stores are engaging and interesting, which gives customers a reason to visit.” He predicts upcoming launches, included a new sports bra collection and more menswear initiatives, will help it maintain its brand “firepower.”