Are You Biased? (It's A Rhetorical Question) 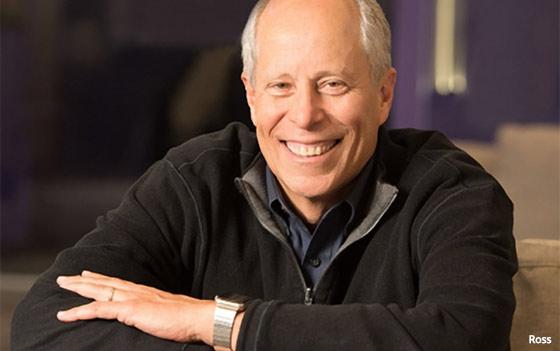 Bias training continues to be a hot trend in advertising, yet, far too often the discussion hinges on the negative, says Howard Ross, founding partner, Cook Ross consultancy which conducts bias training workshops.

"It is a function of the brain that results in judgement without question It is enormously valuable," Ross told a gathering at the 4As Conference in Los Angeles Tuesday. "It's not a question of whether we do have bias. We do. Which are ours? How does this mechanism work?"

During his 4As presentation Ross discussed how the brain’s decision-making processes can impact an organization's talent strategies and the role that advertising plays in creating a diverse world.

"There is diversity fatigue," says Ross. "During the early days we approached [this issue] from social justice and political [standpoints]: solve the problem."

Now, these discussions have evolved to incorporate dynamics with a lot of grey areas, he says. "We make decisions how to hire people with triggers that we don't even know that are there. We only have our point of view. We are rolling the dice on whether product will be successful."

For instance, selective attention narrows the focus of a situation regardless of the person. Everyone sees things differently. Ross showed a video where 21 changes were conducted in the background throughout the clip. Only a few attendees even noticed a handful of the alterations. Another clip divided the audience with one section hearing a video with their eyes closed while the remaining half kept them open. Since people often “hear” with their eyes, the ones with eyes closed accurately heard what the man was saying while those with their eyes open heard something completely different.

Even Ross isn't immune to mistakes. He thought a woman was saying "we have Jews here" to make him feel more at home while visiting the South, when she actually said, "We have juice."

Education is the first step to recognizing the problem. "We don't think the way we think we think," says Ross. To that end, people naturally gravitate towards taller people, resulting in an additional $789 per year in salary for every inch of height. Those named Jamal are 50% less likely to be called back for an interview than those with white-sounding names like Emily.

Cultural norms also are too often accepted without question. Most people would reject a job candidate with a soft handshake despite the fact that 30%-40% of the world shakes hands with soft grip.

It doesn't take much to start being mindful of inclusion. During an evening event on Tuesday, Ross observed guests arriving and nearly all attendees immediately went to those that they already knew. Instead, he recommends people should be more open to new experiences and meeting a wider range of colleagues. Just say hi.

Other steps to counteract bias include priming and questioning pre-established systems and structures. For example, Ross recommends providing job candidates with interview questions a few days before the interview to account for non-native English speakers and introverts. Job interviews shouldn't be about 'gotcha' questions. Unconscious bias is more important than ever before since there is more diversity in the workforce and these demographical shifts will only continue to increase. Furthermore, there is a lot going around us in the media and mainstream culture, such as police shootings and political polarization. "It's silly to think we are not bringing that to work with us," he says.