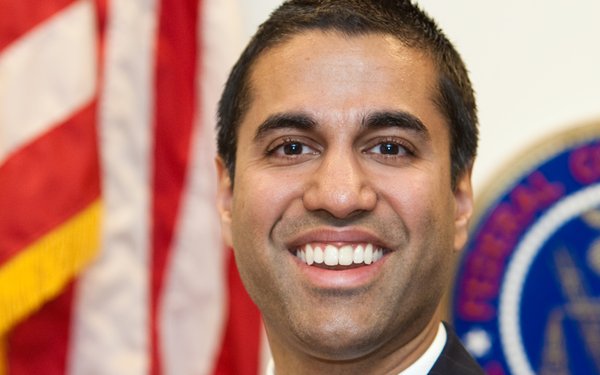 Pai has made no secret of his opposition to the FCC's 2015 net neutrality order, which reclassified broadband as a utility service and imposed common carrier obligations on providers. The rules prohibit Internet service providers from blocking or degrading traffic, and from engaging in paid prioritization. The regulations also broadly ban providers from hindering Web users and content companies from connecting with each other online -- although the scope of that prohibition remains uncertain.

This week, he reportedly met with officials from some major trade groups and floated a plan for carriers to write the rules into their terms of service. Pai reportedly wants the Federal Trade Commission to enforce violations.

That agency has brought other cases against companies that fail to live up to their promises, arguing that breaking a promise to users amounts to a deceptive practice. But it's not clear that the FTC can bring cases against Internet service providers because many of them also engage in traditional common carrier activity -- like offering telecom service.

A federal appellate court recently ruled that the FTC couldn't bring an enforcement action against AT&T for allegedly duping wireless customers about broadband data -- although the alleged deception occurred years before mobile broadband was classified as a common carrier service.

The FTC has asked the court to reconsider that ruling; AT&T opposes that request.

The advocacy group Public Knowledge objected to Pai's reported plans. “If these reports are true, Chairman Pai is preparing to give dominant cable and telecommunications companies what their D.C. lobbyists have dreamed of for years: voluntary net neutrality ‘rules’ where consumer protection is no more than ‘trust your cable or internet provider," Public Knowlege vice president Chris Lewis said Friday in a statement. “Replacing clear rules of the road with a voluntary system where broadband providers decide ahead of time what rules they would like to follow and when they can change those rules would unilaterally open the door to massive market abuses including unreasonably low data caps, inflated prices for some content and preferring cable/broadband content over smaller, independent competitors."