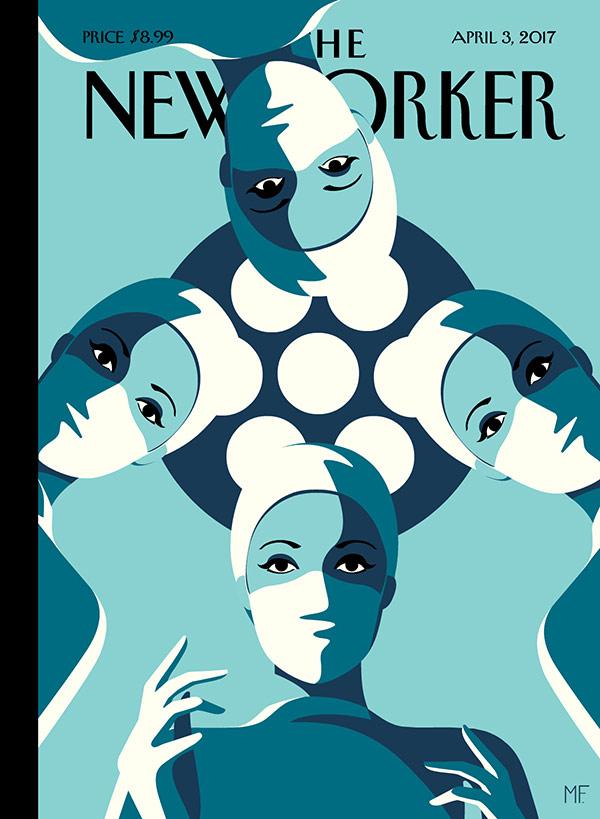 The image itself is a bit opaque. A drawing by French illustrator Malika Favre of four female surgeons, their faces obscured by surgical masks with an operating room light suspended behind them. They are seen from the point of view of a patient lying on the operating table, about to go under anesthesia or perhaps just emerging from it.

Depending on the viewer’s experience of hospitals and illness, it could be comforting, amusing or frightening — or maybe all three.

What’s clear, however, is that the cover of The New Yorker’s April 3 issue was interpreted as an inspiring message for women in medicine by thousands of people, who took to social media to spread the message – either by sharing the cover image, or recreating it themselves.

Thanks to female physicians and their supporters, the meme quickly went viral on Twitter with the hashtag #ILookLikeASurgeon — which may explain why you’re seeing a lot of surgeons in your social-media feeds.

While the images, like all good memes, tend to be lighthearted or even silly, the issue is serious, especially in regards to the representation of women in surgery, one of the last redoubts of medicine’s all-male past.

While female physicians now make up 35% of the total number of doctors in the U.S., in the narrower field of surgery they are just 19% of the total.

The number is gradually increasing, as reflected in the shifting gender balance in graduate medical education. According to a report from the Association of American Medical Colleges, 41% of surgery residents were female in the 2013-2014 class. However, some surgical specialties still have a reputation as boys’ clubs, with hyper-masculine cultures that women find off-putting if not downright exclusionary. (Orthopedic surgery is notorious in this regard.)

Plus, the proportion of women in reaching such positions remains fairly low; they are 22% of full-time faculty.

And it is not just surgery. Per the same report, emergency medicine is 62% male, anesthesiology 63%, and radiology 73%. Maybe more all-women covers are in order.