Surprise Of The Week: Transgender Controversy On 'Survivor' 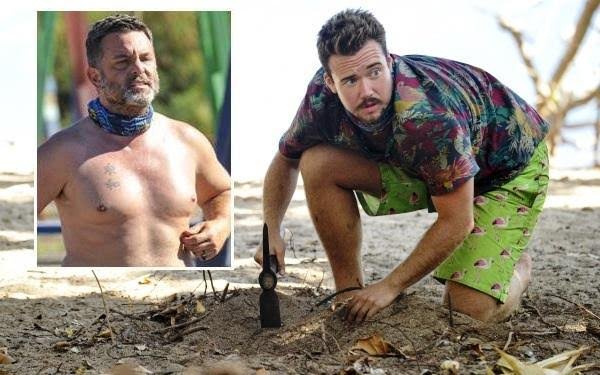 When a controversy erupted this week on Wednesday night’s episode of “Survivor” over the outing of a transgender contestant, millions asked the same question: Is that show still on?

It turns out the answer is yes. “Survivor” is still here — a relic that’s so old it premiered during the Clinton administration. Not that there’s anything wrong with that.

To our knowledge, the subject of transgenderism (is that a word?) has never before come up during a “Survivor” season. The current season, which started March 8, is the 34th go-round for this show since its premiere on May 31, 2000.

This season, the show is titled “Survivor: Game Changers.” It’s a special version of the show in which all of the contestants have appeared previously.

They were apparently chosen for this “Game Changers” edition because they all made names for themselves on their previous turns on “Survivor” by coming up with strategies deemed innovative and unprecedented – “game changers,” if you will.

On Wednesday night’s show, one contestant named Jeff Varner (inset photo, above) confronted another named Zeke Smith (above right) and demanded to know if Smith had informed his tribemates that he was a transgender person.

This aspect of Zeke Smith’s private life had apparently not been made public before, and Varner was roundly condemned in the court of social-media opinion for outingthis man, who did not want to be outed on a national TV show.

For the record, Wednesday night’s show, which aired from 8 p.m. to 9 p.m. EST on CBS, drew the biggest audience in network prime time that evening: 8.31 million people. Varner was voted off the show on Wednesday too.

Following the broadcast, Varner apologized and CBS issued a statement that framed the controversy in the context of transgender rights and respect, a subject that is much talked-about today.

CBS’s statement read, in part: “We support how ['Survivor' host] Jeff Probst and the producers handled a very sensitive situation and marvel at the grace Zeke exhibited under extraordinary circumstances.

“We also have respect for how Jeff Varner has expressed remorse for his mistake, both in the episode and in his subsequent dialogue with the media. In the end, we believe this episode, accompanied by Zeke’s own remarkable writing and speaking on the subject, has provided an unexpected but important dialogue about acceptance and treating transgender people with respect.”

So what happens next? Tune in next week to find out. In fact, many millions will likely watch the show now to see how this event will play out in the competition going forward.

Various aspects of the outing are still unclear. One might assume that just about everyone who knows Zeke Smith personally already knew he was transgender.

Therefore, it is reasonable to conclude that he just didn’t want his “secret” (if that’s what he considers it to be) to go national — and, among other things, become a distraction on the show.

Well, it should go without saying, but one way to prevent one’s story from being spread across the country would be to avoid appearing on a prime-time TV show on a major network.

So now, “Survivor” has gone transgender. You gotta give the old show credit for keeping up with the times.

television, tv
5 comments about "Surprise Of The Week: Transgender Controversy On 'Survivor'".
Check to receive email when comments are posted.
Read more comments >
Next story loading