Why Viacom Is Rebooting Spike As The Paramount Network 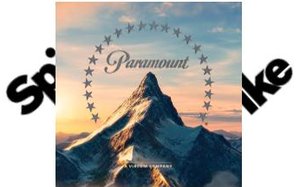 After years of television networks becoming increasingly niche, Viacom is spiking one of its most targeted brands in pursuit of a broader audience by leveraging its flagship studio name, transforming young adult male-oriented Spike into The Paramount Network later this year.

This will mark the first time that Viacom has leveraged the Paramount name as a U.S. TV network destination since quietly shutting down United Paramount Network in 2006.

The move is not without its risks.

For years, Spike has successfully targeted young male viewers and expanded its share of advertising budgets from lucrative categories such as video game and theatrical movie marketers searching to find the elusive audience segment.

But that party may be over.

“Movie studios weren’t releasing as many young male titles anymore,” says Kevin Kay, president of Paramount Network, TV Land, and CMT. Kay says that studios are no longer “spending the way they were” and that video game marketing budgets have also flattened out.

The solution, says Kay, was to pursue a broader audience and advertising base, noting that “we started to make the push for general entertainment.”

Spike slowly began the transition a few years ago, introducing programming like “Bar Rescue” in 2011 -- a reality TV show about a “food/beverage industry consultant” who advises and helps troubleshoot failing bars.

In 2015, Spike introduced its biggest reality hit, “Lip Sync Battle,” in which celebrities battle each other with lip-sync performances.

But even as Viacom retooled the network’s programming mix to go broader, the Spike brand name continued to reinforce a testosterone-tinged moniker that Kay says turned off some viewers.

“There were just not a lot of women who weren’t going to watch it,” he says.

As it rolls out its new Paramount Network brand, Viacom hopes a more mainstream audience of adult men and women will follow.

Toward that end, Paramount Network will debut with six new scripted TV shows, two of which are explicitly aimed at women:

“Heathers” will be a reinterpretation of the 1988 cult film about a girl trying to survive bunch of mean girls in school. 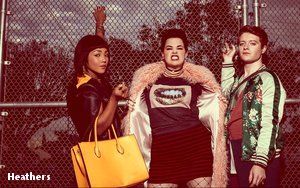 And “American Woman,” a half-hour show about an unconventional mother struggling to raise her two daughters.

There is also a limited six-part series intended to appeal to all viewers: “Waco,” about The Branch Davidians sect, and “I Am Martin Luther King Jr.,” which is about the civil rights leader.

The network also announced it is working with producer Jay Z (Shawn Carter) to produce a limited series on the life and death of Trayvon Martin.

Viacom’s Paramount studio library also is a potential gold mine for developing new TV properties, says Kay, citing a show in development that is based on hit 1996 film adaptation of “The First Wives Club.”

One thing that The Paramount Network brand does not have yet is a marketing theme, although Kay says it likely will focus on “high quality,” “premium” programming, and great “storytelling” themes.

The network will begin life with plenty of stored equity from viewers who associate it with a studio known for films appealing to a cross-section of audiences.

For older TV viewers, Kay says, that probably signals “The Godfather” movies. For younger viewers it is more likely they will identify with Paramount film franchises such as the “Transformers” or “Mission Impossible.”

How much does a movie studio name mean to TV viewers these days? Some programming analysts say it may not mean that much.

Brian Hughes, senior vice president of audience intelligence and strategy at Interpublic’s Magna Global unit, says what will matter most is the quality of Paramount Network’s new shows.

“I’m not sure Paramount creates any new name recognition for average consumers, who are more interested in the shows themselves,” he says.

“It makes a lot of sense to align with the TV and movie studio,” Hughes suggests, adding that “it continues a trend we’ve seen over the past decade, particularly for the broadcast networks. Relying primarily on shows produced by sister studios creates bigger back-end opportunities for the organization -- in syndication, for example.”

Stacey Lynn Schulman, executive vice president of strategy & analytics at Katz Media Group, says: “Viacom hasn’t had a tent pole, mass-reach network brand like USA or TNT to expand its reach and use for cross-promotion. TNT did this for years at Turner. Once you have ‘something for everyone’ -- at some point in your schedule -- you can cross-promote more niche content more easily.”

But Schulman says that may not necessarily work the other way around.

“If you’re only appealing to men or teens or upscale audiences, you’ll have great difficulty expanding your audience organically,” she says.

The Paramount Network reboot comes as Spike’s audience has been eroding. In 2016, Spike had a prime-time average of 704,000 viewers -- down 10% from the year before, according to Nielsen estimates.

Despite that erosion, Spike’s advertising revenues have been climbing modestly. The network pulled in $621.5 million in national sales during the 12 month-period ending April 2017, according to iSpot.tv. During the same period a year earlier, Spike took in $502.4 million. 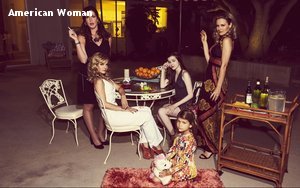 As its studio and video game marketplace has eroded, the composition of Spike’s advertisers has also changed to represent more broad-based categories. During the past 12 months, six of the top-ten biggest spenders on the network were fast food/restaurant companies -- Taco Bell, Burger King, Sonic Drive-In, Arby’s, Domino’s, and Subway.

“The Spike brand may have been catering to a hard-to-reach niche (men) on TV, but it likely had some content issues for advertisers too,” Katz’s Schulman notes, suggesting some category upside for The Paramount Network’s relaunch.

“We are living in the golden age of TV right now,” Kay boasts, citing research indicating that 80% [of TV viewers] put scripted TV at top of mind.

“For [advertisers], it’s a real opportunity to get involved with something that feels premium, important, and something they can feel proud of. That’s the pitch.”
movies, tv
1 comment about "Why Viacom Is Rebooting Spike As The Paramount Network".
Check to receive email when comments are posted.
Next story loading