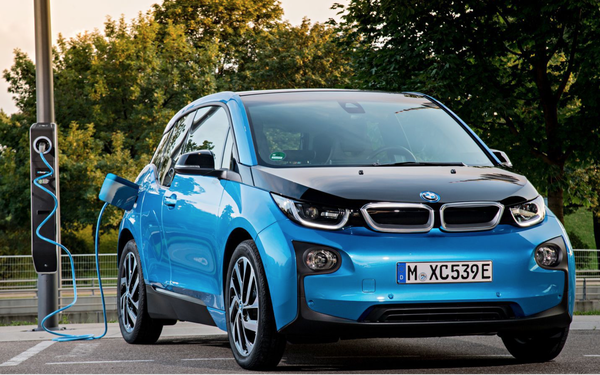 BMW is joining with the National Park Foundation, National Park Service and the U.S. Department of Energy to help make travel to the national parks feasible for electric vehicles.

The first of up to 100 electric vehicle charging stations in national parks and nearby communities was switched on Wednesday at Thomas Edison National Historical Park, site of Edison's West Orange, New Jersey laboratory and home.

The availability of this option will help reduce air pollution in parks and gateway communities.

"I can't think of a better way to celebrate the next 100 years of both the BMW Group and National Park Service than by making America's national parks more accessible to drivers of electric vehicles," said Ludwig Willisch, head of BMW Group Region Americas, in a release. "Together with our partners, I hope that we can channel a little of Edison's spirit and, in the same way that he made electric power widely available, make electric vehicle charging more widely available for everyone.”

An integrated team from this public-private partnership will continue to identify park locations for additional charging stations. The team will look at factors such as proximity and strength of EV markets, distance from nearby charging locations, and natural and cultural landscape considerations. Dozens of parks have already expressed interest and are exploring site options.

The Department of Energy's Clean Cities Program works with the National Park Service to provide technical assistance to support sustainable transportation projects at national park sites. These projects educate visitors on the benefits of advanced and alternative vehicles and can help the National Park Service meet their energy and environmental goals. The benefits of these projects have the opportunity to reach far beyond the boundaries of the national parks. DOE Clean Cities will work with the national parks and BMW to continue providing technical expertise.

In addition to supporting the work of NPF and celebrating the 100-year milestone of the National Park Service, Subaru has donated Outback vehicles for use at four of America’s national parks. Subaru also promoted a fee-free day at the parks on National Public Lands Day. Subaru has been a partner of NPF since 2013 and donated nearly $3 million through its annual “Share the Love” campaign.