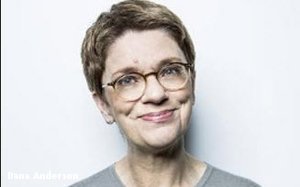 Dana Anderson has left her CMO post at Mondelez International for the same role at media consultancy MediaLink.

MediaLink announced Anderson’s hiring shortly after Mondelez announced her departure for “a new professional opportunity,” along with the hiring of executives for two other Mondelez senior marketing posts.

Anderson will report to MediaLink chairman/CEO Michael Kassan and will be based in the company’s Chicago office. MediaLink, which was acquired by Ascential in February, last week announced that it was opening a London office headed by its vice chair, Wenda Harris Millard.

Anderson was named SVP, CMO of Mondelez in September 2014. She had served as SVP marketing communication and strategy for Kraft Foods since 2009, and in the same role at Mondelez when it was created in 2012 through a spinoff from Kraft. Earlier in her career, Anderson served as president and CEO of DDB Chicago, and prior to that as president and CEO of Foote, Cone & Belding, Chicago.

Mondelez praised Anderson for “encouraging her teams to push through boundaries to create breakthrough brand campaigns,” adding that her departure represents an opportunity to “evolve” the CMO role. The company will focus on finding a “digital first” successor who can build on Anderson’s work by “mobilizing” breakthrough marketing on a global basis, Mondelez said.

Mondelez also announced that it has hired Stefania Gvillo as global head of strategic insights. Gvillo — a 15-year PepsiCo veteran who most recently served as VP, portfolio strategy and consumer insights — replaces Zurich-based Maria Alvarado, who will be leaving Mondelez in September.

In addition, Mondelez has hired Jay Gouliard as global head of packaging, a new role. Gouliard, who has experience in structure and graphics, has held packaging leadership roles at Unilever and The Coca-Cola Company, according to Mondelez.

The changes come amid what Mondelez terms a “marketing reinvention,” as it continues to shift its focus to global “power brands” such as Oreo, Cadbury, Trident, Milka and BelVita and to developing an e-commerce snacks business.

Mondelez set a goal of generating a least $1 billion in annual e-commerce revenues by 2020 as part of its five-year strategic growth plan, released in late 2015. Since then, it has hired nearly 100 employees from Amazon and other ecommerce and digital companies as part of its investment in building the e-commerce platform. The company saw e-commerce net revenues grow by more than 35% last year, Mondelez executives reported at the Consumer Analyst Group of New York (CAGNY) conference in February.

The power brands, which represent nearly 70% of the company’s global revenues, generated organic net revenue growth that was double that of the company as a whole in 2016.

Jeff Jarrett, previously VP of global e-commerce and commercial innovation at Kimberly-Clark, was named Mondelez’s VP and global head of e-commerce late last year. He has been reporting to chief growth officer Tim Cofer, rather than Anderson, who previously headed Mondelez’s e-commerce operation.