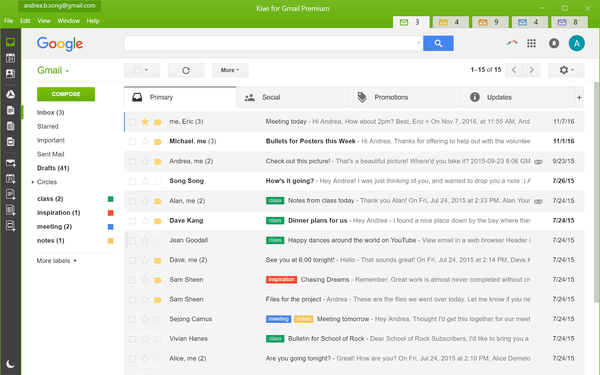 Zive previously released Kiwi for Gmail for Apple devices, but has now extended the email and document management application to Microsoft Windows users as well.

“We believe that Google Docs, Sheets, and Slides are great apps, but companies should be able to use them like they’ve used Microsoft Office for the last 20 years,” states Eric Shashoua, CEO and founder of Zive. “Since employees continue to do most of their work on the desktop, it’s important to move beyond the browser which is great for content consumption, but very limiting when it comes to content creation.”

Zive also touts a “Zen Switch” capability in Kiwi for Gmail 2.0 that serves as a "do not disturb" feature, and says that Kiwi supports third-party Gmail plugins as well.