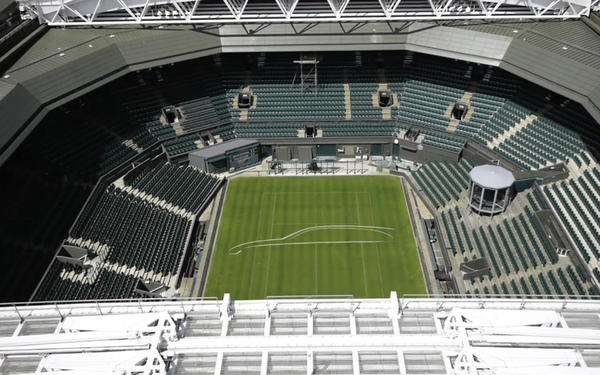 “With XF Sportbrake we’ve created a silhouette which sweeps towards the rear, almost into the distance, and really gives the car a sense of speed and sportiness,” Callum says in a release. “It will bring new levels of practicality to the range without sacrificing the dynamic design and agile handling our customers expect.”

The XF Sportbrake will join the XF sports sedan in the Jaguar lineup when it goes on sale this summer. The new premium wagon sits alongside the XF sedan, extending the range with added practicality.

Jaguar created a 2-minute video, which is up on YouTube, where Callum and Stubbly talk about car design and how it relates to the precision executed in drawing the tennis court lines on the Wimbledon Center Court.