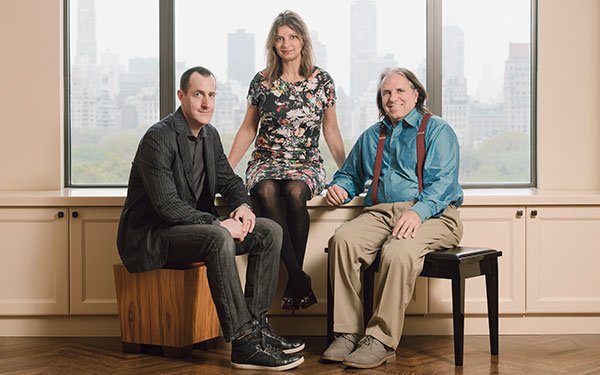 Three marketing technology veterans--Deirdre Catucci, Mike Gentile, and Tim McHale--are teaming up to launch Madison Avenue Social, a new agency focusing on mobile and social campaigns for B2C and B2B clients. The new firm, based in New York, will work with San Francisco-based Mediasmith on some projects via a strategic partnership.

Catucci will serve as president of the new agency, Gentile as executive creative director, and McHale as chief media officer. In addition to the founders, Madison Avenue Social has two lead copywriters Abigail Hudetz and Dave Taylor on staff along with data scientist Frank McHale.

Inaugural clients include Sheaffer Pen Co. and its parent Cross Pens. The agency will also work with licensing partners of the pen brands, including Marvel, Lucasfilm, Fonderie 47 and Liberty United.

"We decided to formalize our social media offering, applicable for both B2B and B2C, primarily because it represents what clients need today," says Catucci. "Few social agencies really understand their similarities or differences, for that matter; like the lead-gen capability for B2B firms and the sales attribution capability for B2C companies of all kinds, tech or otherwise.”

The three founders originally partnered to develop the Mobile Media Summit, which was sold to the Comexposium Group in 2015. Earlier Gentile worked at agencies such as McCann/MRM and Hill Holiday working with clients including Xbox and Verizon.

McHale’s resume includes stints at Tribal DDB Worldwide and Agency.com. He was a recipient of the ad:tech Industry Achievement Award in 2016 for Tech Innovation.

Catucci was previously CEO at eBabe and previously worked as a marketing director at AT&T.

As for the partnership with Mediasmith, that firm’s CEO David Smith said, "I have known this team for a very long time and continue to be impressed with their knowledge of mobile media, thought-leadership and creative talent."

The new agency’s tagline, “We Evoke Emotion,” is designed to suggest that people are only inspired to take action when something touches them emotionally, says Catucci.