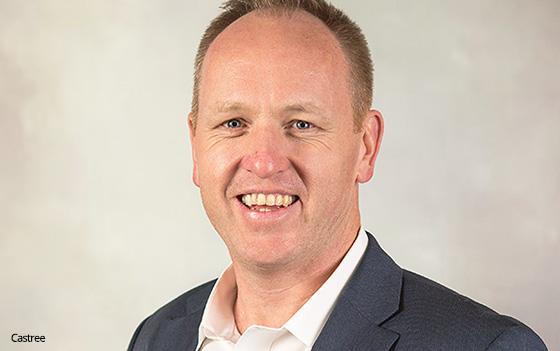 Earlier this month, WPP media management arm GroupM appointed Maxus CEO Lindsay Pattison chief transformation officer. At the time, the firm indicated she would retain her responsibilities at the media agency, while charged with managing change across the entire GroupM operation.

Well, that set-up lasted exactly 15 days. So much change is being planned at the organization, with much of it driven by cost pressures, that Pattison will now devote full time to transformation duties.

The agency she used to run — Maxus — is being folded into MEC.

The yet-to-be-named merged entity — which GroupM said would be a $1 billion enterprise based on revenue — will be run by Tim Castree, the former Publicis media veteran appointed CEO of MEC last November. How the new entity takes shape will be disclosed in the coming months.

In part, the merger of the two agencies is an efficiency move to free up resources for additional changes, which are already being implemented. Digital agency Essence, which GroupM acquired control of in late 2015, is being expanded into a fuller-service agency—providing both digital and traditional media services — with a larger geographical footprint.

The aim is to bulk up the agency so it is robust enough to lead a number of key GroupM client relationships, as yet undisclosed. Christian Juhl, CEO, Essence will continue to lead the charge there for now.

GroupM’s portfolio will now comprise three global media agency networks: Mindshare, MediaCom and the new company, which is expected to have a name by the end of the year. Each entity has more than $1 billion in annual revenues, along with the “digital-first agency” Essence.

GroupM indicated that more change is in the works, with new investments planned for all of its agencies and its [m]PLATFORM data and technology capabilities.

“We’re committed to improving our service to clients,” stated Kelly Clark, who rejoined GroupM as global CEO last October. “These moves will give us greater focus, help us innovate and improve our speed of delivery.”

Commenting on the moves, industry analyst Brian Wieser of Pivotal Research said in a client note they “represent the need for scale to drive ongoing margin improvements, and the need for differentiation to drive longer-term organic revenue growth.”

Those are big challenges, Wieser noted, as clients are trying to reduce costs wherever they can, including the amounts they spend with agencies.

Wieser said the newly merged GroupM agency, which is a scale move, would be the third-largest global media agency in the industry by headcount, behind Omnicom’s OMD and Dentsu Aegis’ Carat, citing data from ComVergence.

Enhancing Essence is more about differentiation than scale, Wieser added.

“For Essence, this appears to represent an effort to firmly establish a business best known as Google’s media agency as a new fourth and relatively differentiated pillar of Group. … Differentiated positioning is going to be increasingly important for every media agency division, given the successes of Omnicom’s Hearts & Sciences — with AT&T and P&G wins in the United States in particular.

"What we think will be an improved position from Publicis’ media agencies as competencies associated with Sapient are embedded in those businesses over time.”