Whole Foods Safe - For Now - In The Arms Of Amazon 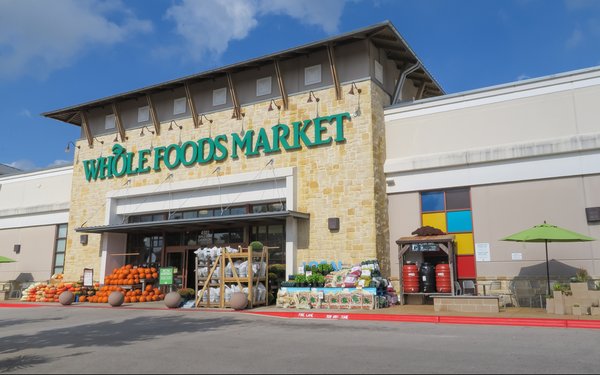 Whole Foods Market, which has been under pressure from activist investors to do something about its slowing growth, just landed in the unlikely arms of Amazon. The enormous deal underscores just how radically the grocery system has shifted, experts say. And depending who you ask, the $13.7 billion deal either positions Amazon for a brilliant expansion into both brick-and-mortar sales and grocery dominance or buys it a whole-paycheck’s worth of new headaches.

While much larger in size than Wal-Mart’s $3.3 billion acquisition of Jet.com back last summer, “it’s another example of how the entire grocery industry is getting slammed in all directions,” says Steve Bishop, managing partner of Brick Meets Click, a Barrington, Ill.-based retail consultancy that works with grocers. Kroger, which had been rumored to be considering a bid for Whole Foods, rocked investors earlier this week with a warning that its sales would be lower than expected, for example. Value chains like Aldi are expanding, adding hundreds of stores and affordable organic offerings. And Germany’s Lidl, which offers prices that are half of what’s found in some U.S. chains, is targeting the mid-Atlantic states for an aggressive introduction.

“Amazon has always been so aggressive in its ability to test and learn,” Bishop tells Marketing Daily. “Us mortals will just have to sit back and watch and see what it means to add Whole Foods stores to its expanding connectivity. My guess is we are about to watch Amazon get much smarter. We’ll just have to see what its vision is.”

Brick Meets Click estimates that currently, between 4.5 to 5% of U.S. grocery sales go through online channels.

Whole Foods, meanwhile, is likely driven less by vision than having found itself painted into a corner. For now, Whole Foods Market stores will continue to operate under the Whole Foods Market brand, with John Mackey, its controversial CEO, still at the helm. And the company will still be based in Austin, Tex. But new ownership on its own won’t protect it from the reasons investors like Jana Partners, who Mackey denounced as “greedy bastards” yesterday in a press interview, have grown so restless. The once-mighty chain has suffered as major markets have been saturated, but also as most other grocery chains have caught up with it, offering more and more organic and healthy choices. And it still struggles to shake off that “whole paycheck” label, made tougher by recent pricing scandals.

GlobalData Retail sees benefits for both companies. “For Amazon, Whole Foods fulfills, at a stroke, its ambition to be a serious player in the grocery market,” writes Neil Saunders, its managing director, in his comment on the deal. “While Amazon could have built up its presence organically, it would have been both costly and time-consuming to bring the business to scale. In our view, an online-only operation would also have suffered from perilously low margins and would have damaged Amazon's profitability as it scaled up.”

And Whole Foods, he argues, “provides Amazon with a well-balanced and nicely distributed physical presence that allows it to offer click-and-collect and other services which are linked to the rest of its business. And there can be little doubt that Amazon will develop a proper online presence for Whole Foods which, at the moment, relies on third parties like Instacart for online ordering.”

The deal is subject to approval by Whole Foods shareholders.