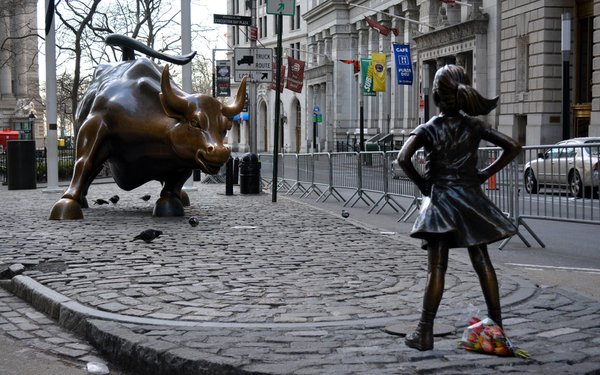 Well, it doesn’t come as a total surprise, given the rave reviews she garnered after her unveiling earlier this year.

But it is amazing how a hunk of bronze—beautifully sculpted and well positioned no doubt—can take an ad festival by storm.

Which is exactly what McCann’s “Fearless Girl” did on Monday, collecting three Grand Prix—in the PR, Outdoor and Glass Categories. That last category was developed just a year or two ago and designed to recognize work that promotes gender equality.

OK, it’s advertising, too, as it was commissioned by McCann New York client State Street Global Advisors to promote a gender-diverse index fund that is filled with high-flying corporations, many of which are managed by women.

Wendy Clark, CEO DDB North America, and this year’s president of the Cannes Glass Lions Jury, told those attending the awards ceremony Monday night that “Fearless Girl” was worthy of the accolades. In part, because she “gripped the world’s attention,” but perhaps more importantly, because the statue transcended both language and culture with the “simplicity of its symbolism.”

She added the statue spoke to every woman “who’s been on a journey of her own empowerment and leadership.” And “for every little girl out there, we saw the hope and potential that we hold for the next generation.”

Yeah, I’ll bet this Girl is not quite done raking in the Cannes hardware. Any takers?