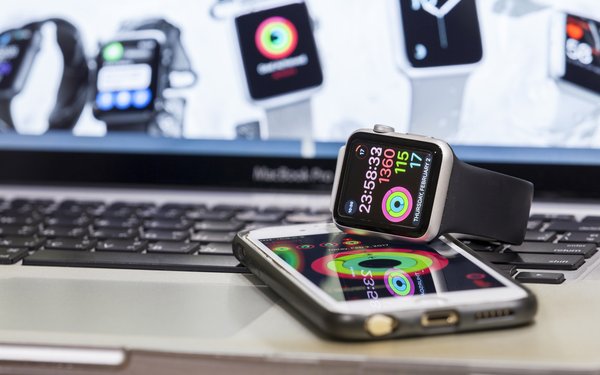 In the world of wearables, connected watches are taking the lead.

The number of wearable connected devices hitting the market is expected to nearly double in the coming years.

Global shipments of wearables are expected to grow from more than 125 million by the end of this year to more than 240 million in 2021, according to new numbers from IDC.

These forecasts are higher than IDC projected earlier this year. In the spring, IDC projected 237 million wearables to be shipped by 2021, as the AI & IoT Daily reported at the time (Wearables Market Growth Shifting To Smartwatches).

Although the numbers increased, the market trends are similar between studies.

By 2021, IDC initially expected connected watches to lead the market, accounting for more than two thirds (64%) of wearables shipped globally, followed by basic wristbands (24%) and clothing (9%).

The new forecast shifts connected watches to 67% and wristbands to 22%. Clothing and other segment projections remain the same.

Along with the growing number of devices shipped, the wearables themselves will improve moving forward, according to Ramon Llamas, manager of wearables research at IDC.

“Since the market’s inception, it’s been a matter of getting product out there to generate awareness and interest,” Llamas said in a statement. “Now it’s about getting the experience right – from the way the hardware looks and feels to how software collects, analyzes, and presents insightful data.”

Within the connected watches segment, IDC expects the number of smartwatch shipments to increase in 2019, driven by increased availability of embedded cellular connectivity in smartwatches.

“Expect digital assistants, cellular connectivity and connections to larger systems, both at home and at work,” Llamas said. “At the same time, expect to see a proliferation in the diversity of devices brought to market, and a decline in prices that will make these more affordable to a larger crowd.”

Millions of other wearable devices are also expected to be shipped this year. More than 3 million connected clothes and more than 1 million hearables are expected to hit the market by the end of the year, according to IDC.

Here is the updated breakdown of the wearables market by 2021: