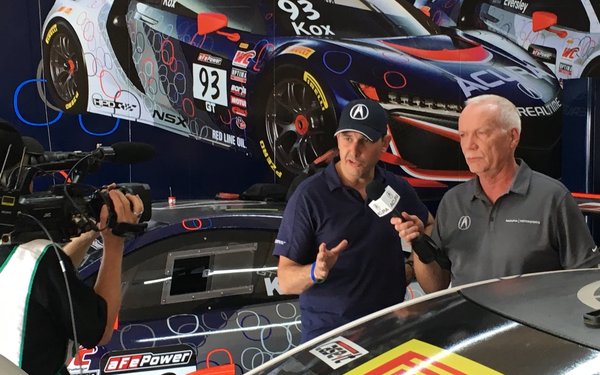 With Honda and Acura both hot on the racing circuit this year, the automaker is expanding its racing series to broadcast TV.

The series previously ran online only, but with the expansion, it will now reach 135 million people. The latest episode of Honda Racing: at Speed series features Honda’s big win at the Indianapolis 500 with Takumo Sato. It premiered on MavTV, a variety of other broadcast and cable providers, and on the Honda Performance Development YouTube channel.

Next month, Honda Racing: at Speed will feature Graham Rahal, who took his Honda to victory in both rounds of an Indy car doubleheader race weekend at the June 2-4 Grand Prix of Detroit, plus Indy car action from Texas Motor Speedway and Road America.

Developed by the Charlotte-based Carolinas Production Group, Honda Racing: at Speed provides in-depth coverage of it all, along with Acura Motorsports events at Circuit of the Americas, Canadian Tire Motorsports Park, and Lime Rock Park in Connecticut.