The Surprising City That Rates Highest For TV, Broadband Services 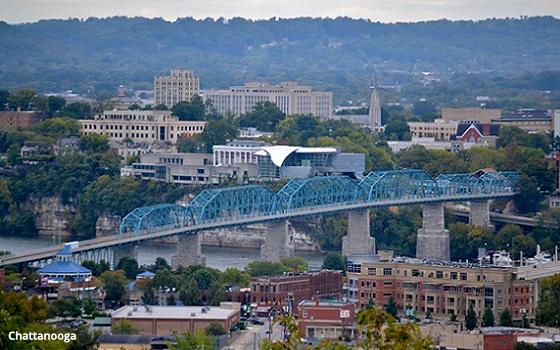 A regional power company in Tennessee has emerged as Consumer Reports’ top-rated TV provider, edging out Google Fiber by one point.

The company, identified as EPB Fiber in the August issue of Consumer Reports out this week, is the Electric Power Board of Chattanooga (Tennessee), owned by that city.

In terms of the homes to which it provides TV, EPB Fiber is tiny compared to cable TV giants such as Comcast, which has an estimated 30 million subscriber households.

According to Wikipedia, the power company serves 170,000 homes and businesses in its 600-square mile service area.

In the August Consumer Reports, EPB's Internet service was ranked fourth, behind Google Fiber (No. 1), Consolidated Fiber (No. 2) and Armstrong Cable (No. 3).

EPB apparently scored highest in the survey in the categories of “reliability” and “equipment.” It also scored well under “value” and “channel selection.”

Google Fiber is also a smallish regional player at present with an estimated 68,715 TV subscribers and “about 453,000 broadband customers,” according to Wikipedia.

Google Fiber was first set up in Kansas City, Missouri, and its suburbs. It has now expanded to markets including Austin, Provo, Atlanta, Charlotte, Nashville, Salt Lake City, San Antonio and Raleigh-Durham/Chapel Hill.

Meanwhile, the cable company that serves many of us who live here in Manhattan -- Spectrum (formerly Time Warner) -- was ranked 15th in the TV provider rankings. It scored poorly in every category, especially “value.” The quality of Spectrum’s free VOD offerings scored poorly too.

Comcast was ranked 18th, with poor results in “value” and “customer service.” These results are not surprising, particularly when it comes to cable customers filling out customer-satisfaction surveys about their cable services.

If the results in these two categories had been somewhere in the vicinity of excellent, then that would have been headline news.

Cable companies including Armstrong, RCN, Midco, Wave and WOW made the top 10 in this list. So did Verizon Fiber, which ranked seventh in the “Internet provider” rankings. Cincinnati Bell Fiber was ranked eighth.

The rankings are part of this CR issue's cover package headlined on the front of the magazine: “Cable or Streaming? How to ‘cut the cord,’ get the best deals, and pick the ideal combo for you.”

The stories inside the magazine provide primers on a number of current issues in the TV realm that affect consumers such as net neutrality, for example.

On this subject, CR's parent, Consumers Union, is against efforts now underway in the Trump administration FCC (under new chairman Ajit Pai) to overturn net neutrality rules put in place under the Obama administration in 2015.

The magazine also weighs in on the subject of city-owned networks, which would include the mag’s highest-rated TV provider, EPB of Chattanooga. Citing another source -- MuniNetworks.org -- the magazine reports that there are “500 such networks in the U.S. run directly by a local government or in cooperation with a private company.”

A senior policy counsel for CU -- Jonathan Schwantes -- is then quoted: “Local governments should have the freedom to provide their residents with alternatives that hopefully spur additional competition.”

And, he might have added, cities or other local governments should have the right to promote policies, investments and technologies that help make their regions attractive places for people to live and work in.

After all, promoting local economies and lifestyles is part of how municipalities compete with other ones for businesses and residents.