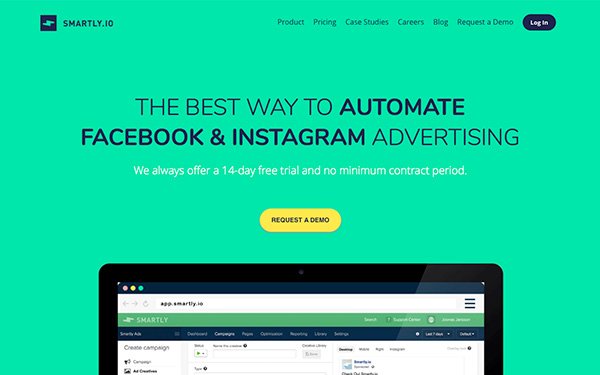 As Facebook advertising spend surges, Helsinki-based Smartly.io continues to grow rapidly. In June, the company hit a $1 billion run rate in ad spend, growing 10% month-over-month for the past year.

Smartly.io, an independent company that automates Facebook and Instagram advertising and video content creation, has been profitable for the past two years, supporting companies such as eBay, JustFab, ShoeDazzle, BarkBox, Zillow and others. More than 500 brands and agencies use the company's services -- especially in the U.S., which has become Smartly.io's largest market.

One of the most unique features of the company's hiring strategy is to employ salespeople who can write digital code to build on Smartly.io's platform as well as coders who can sell services, explains Kristo Ovaska, founder and CEO at Smartly.io. About 70% of employees have a technical background. All employees spend time in customer service, including Ovaska, who said he spends several hours every second week solving customer issues.

Smartly.io's technology uses images from product feeds, similar to Google Shopping in the search engine, to build ads for targeted audiences in Facebook and Instagram.

Facebook reported earlier this year that in the first quarter of 2017, daily active users reached 1.28 billion -- up from 1.23 billion in the prior quarter. Mobile accounts for 85% of Facebook's ad revenue, which feeds into Ovaska's belief that consumers will use Google on portable devices to search for products when they know what they want, and turn to Facebook to explore their options and discover new products and services.

Recommendations will come from friends and data collected by Facebook based on the visitor's behavior on the platform.

Smartly.io also announced the appointment of Amir Shub as general manager for the Americas, to support its rapidly growing U.S. customer base.

Shub served as chief product officer at Wyng, and as SVP head of business transformation at LivePerson, where he helped grow the company to over $270 million in revenue.