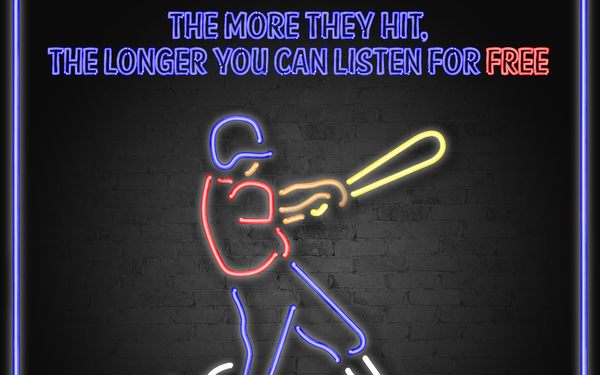 There’s nothing quite like hearing a broadcaster calling a home-run for one’s favorite baseball team. During tonight’s Home Run Derby, TuneIn is hoping to turn that magic into more users of its app.

“The All-Star break is a real celebration of all things baseball, and we want to build excitement for the second half of the season,” Scott Parker, vice president of marketing for TuneIn, tells Marketing Daily. “Baseball is an audio sport, and it has a rich history with [audio broadcasts].”

In its second full-season as a provider of streaming audio for MLB, TuneIn hit upon the idea of a Home Run Derby promotion thanks to the number of home runs already hit in the first half of the season. (The league is on track to hit more than 6,100 total dingers this season.) “The audio of a home run call is one of the most captivating moments in sports,” Parker says.

The promo is both a way to get new users to download the TuneIn app and to get current users to consider upgrading to the premium experience, Parker says. “We’re trying to get more people to install the app and expand the audience we have,” he says. “Pur hope is to bring in a lot of new fans to experience the audio we have.”

To promote the giveaway, TuneIn has created audio ads of various broadcasters calling home runs for various teams around the country. The ads will run on MLB broadcast and digital properties. TuneIn is also promoting the audio through its social networks.