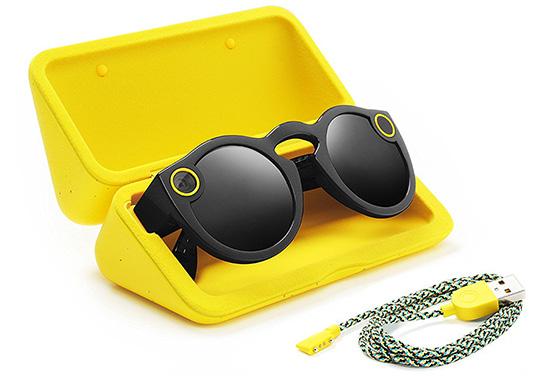 Visitors to the Amazon.com can find the video-capturing eyewear selling for $129.99 in black, red and light blue.

Along with placing physical vending machines in select cities, like London and Paris, the self-described “camera company” recently began hawking the smart sunglasses online at Spectacles.com.

For the privilege of owning a pair of the shades, Snap is charging European customers nearly $170 -- about $50 more than U.S. consumers.

Stateside, online shoppers have been able to purchase Spectacles since February. Previously, Snap sold the glasses via vending machine.

To date, no company has been able to convince a critical mass of consumers to wear connected gadgets on their faces.

Google notoriously spent millions in development and marketing dollars before giving up on a consumer-facing version of Glass initiative. Yet Snap seems to have learned from Google's failure.

Spectacles’ price tag is far more reasonable than the $1,500 that Google charged for Glass. Snap’s glasses are also being sold as a single-purpose device, which is historically much easier to market.

Unlike Google, Snapchat enjoys a strong bond with young consumers -- the ideal demographic for starting trends and popularizing products.

As a public company, Snap is under pressure to generate revenue streams beyond advertising.

Analysts were not happy with the company’s first earnings report last month. While revenue of $149.6 million was up, year-over-year, it was less that the $158 million they were anticipating.

Snap also revealed a quarterly net loss of about $2.2 billion, which it blamed on “stock-based compensation.” On the news, Snap CEO Evan Spiegel admitted: “We still have a lot of work to do.”