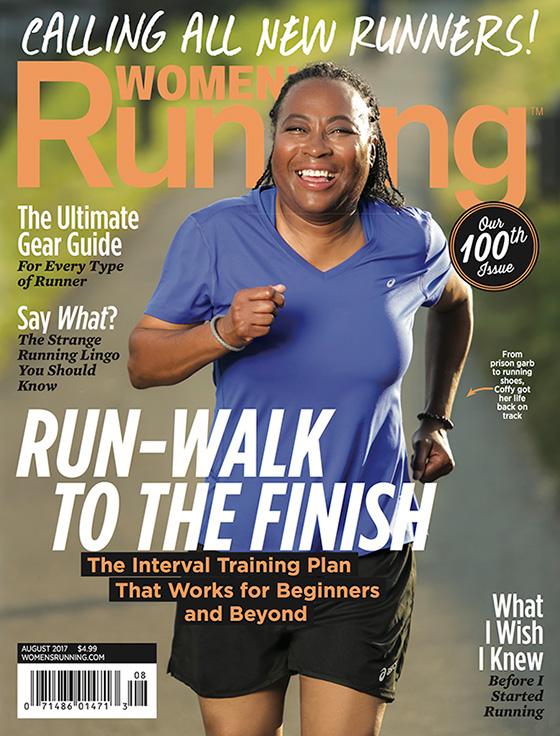 The August magazine issue is “fittingly” dedicated to beginners, Warren wrote in her "Editor’s Letter."

“Whether you’ve never run before in your life, or you are coming back to the sport after some time away, we’ve got you covered, from training plans to nutrition tips to motivational strategies,” Warren explained.

In the letter, Warren recounts how she first picked up running living in London in her early 20s. She was inspired by “scores of runners on the sidewalks and along the paths in the park.

“They looked so powerful, and I thought it must be so satisfying to know you could propel your body confidently through the world. I wanted to feel that sense of pride.”

In a previous interview with Publishers Daily, Warren said running is a unique sport because it is relatively easy for beginners to pick up. “All you need is a pair of running shoes and you can get started. No fancy equipment or expensive gym memberships are required,” Warren noted.

She is also the author of the cover story about Helenia “Coffy” Bragg, an ex-con who took up running to get her life “back on track.”

In a farewell post, Sebor looked back at taking on the role of editor of Women’s Running seven years ago: “At 25 years old, I was laughably unqualified to lead a national brand — my previous position was assistant at a large book publishing house — but unlike other editors, I was inexpensive, game to move out of New York and not self-aware enough to realize that there was a good chance I wasn’t quite up to this task.”

Warren plans to expand the reach of the Women's Running by using existing and new media channels to maximize the outlet’s audience reach.

She also told Publishers Daily she wants to focus on expanding the publication's social-media presence and redesign the website to highlight the magazine's video content. Other areas of interest include incorporating more cobranding and partnership opportunities across different channels, such as retail and direct-to-consumer.