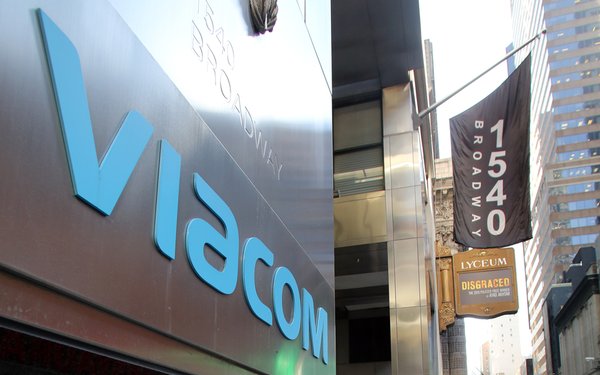 Viacom has joined Discovery Communications in the pursuit to acquire Scripps Networks Interactive, according to reports.

Viacom, which includes Nickelodeon, MTV and VH1, is said to be making an all-cash offer for Scripps, which owns networks such as HGTV, Food Network and the Travel Channel, per Reuters.

Early Wednesday trading had Viacom stock down 1.8% to $34.39, with Scripps Networks up 2.3% to 83.31 and Discovery Communications, up 1% to $26.18. Since last week, when reports suggested Discovery and Scripps were working on a merger deal, Scripps stock has climbed 9%.

Reports suggest the Discovery deal involves stock and cash. Family members who control the Scripps company are pushing for an all-cash deal.
Scripps Networks has a current market capitalization value of over $11 billion.

Media analysts have not been that positive about any of these potential deals.

“Without any material improvement to current ratings and subscriber trends, the timing and cost for either Discovery or Viacom to double down in the U.S. will likely look foolish in hindsight,” writes Michael Nathanson, senior research analyst of MoffettNathanson Research, in a note on Wednesday.

“While there will likely be ample cost synergies, international revenue opportunities and improved relative scale, we don’t think this merger will fundamentally alter the long-term prospects of these companies.”

Media analysts are concerned about declining subscribers for all cable networks on traditional pay TV services. At the same time, growing new virtual pay TV services -- so-called skinny TV bundles of networks -- don’t intend to take on the full complement of cable channels from any of these TV network groups.

Bob Bakish, president and CEO of Viacom, previously said the company is working on new skinny TV bundles for less than $20 a month that would consist of non-broadcast and non-sports networks.

Financially, Viacom might have a tougher time with the Scripps deal. With some $12 billion in debt, “this means Viacom would very likely get downgraded to junk status” when it comes to its corporate bonds, according to Nathanson.

Both Discovery and Viacom considered a Scripps merger some years ago.