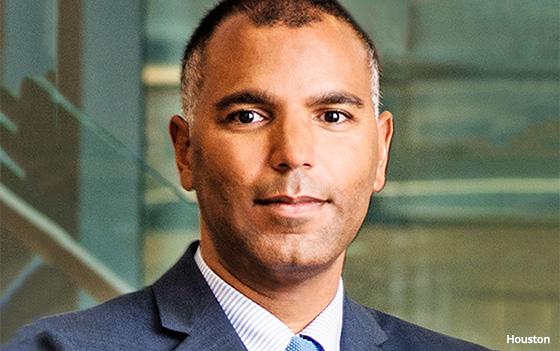 Grey Group promoted Michael Houston to Worldwide Chief Executive Officer today, the 100th anniversary of the agency. A 10-year veteran of Grey, he has served since 2016 as Global President and becomes only the fifth person to hold the CEO position since Grey’s founding in 1917.

The 44-year-old Houston is also the youngest and only African-American CEO of a top 10 US agency, based on Advertising Age rankings, according to Grey.

Houston succeeds James R. Heekin, who  led the company, as Chairman and CEO of Grey Group since 2007. He will remain Executive Chairman of the firm and will continue to work closely with Houston, global management and clients to ensure a smooth transition, per the agency.

"As we celebrate Grey's centennial and a decade of record new business growth and creative performance, the time is right for the elevation of a new generation," Heekin stated. "Michael Houston is one of our most dynamic and talented leaders. This well-deserved promotion will enable us to set the agenda for Grey's future growth and competitiveness across our global network."

In a memo to staffers announcing the promotion, Heekin wrote: “Michael and I have known each other for a decade. I respect him for his personal qualities and business achievements. It has been a pleasure to watch him grow to become one of our most dynamic and talented leaders. He has an innate ability to bring out the best in people, both his colleagues and clients alike.”

Added Houston: "As Global President, I've travelled the world and been inspired by the depth and breadth of talent and creativity across the Grey network. I'm humbled to work among such brilliant creative minds and honored to become CEO of this great agency brand at the height of its momentum, with vast potential ahead."

The promotion comes amid flush times at the agency.

This year alone, Grey has won the global Revlon account and the U.S. accounts of Walgreens and Applebee's. It is shaping up to be another year in a decade-long string of record new business.

If awards are any guide, Grey’s creative reputation has also risen dramatically in recent years. Over the past three years, it has won over 270 Cannes Lions and collected a number “Agency Of The Year” honors.

Appointed to the new position of managing director of Grey New York in 2011, Houston took on the role of Chief Operating Officer of the 1,000-person strong office in 2012. A year later, Houston was promoted to CEO of Grey North America overseeing the New York, San Francisco and Canadian offices, as well as Grey Activation and PR and Wing, the multicultural marketing communications agency.

Under his leadership, Grey has won blue-chip clients such as Gillette, Volvo, Nestlé, Hasbro, Papa John's, Kellogg's and Marriott.