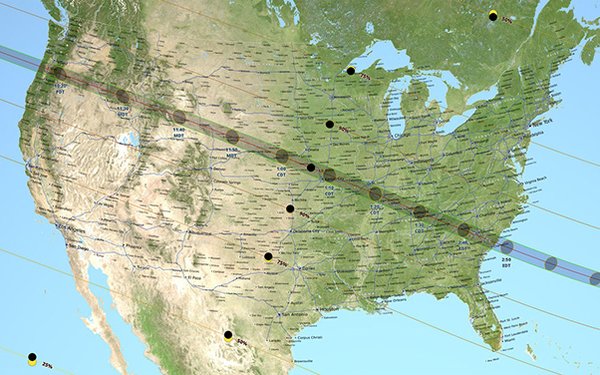 Across the skies of Wyoming near Jackson Hole on August 21, those looking up -- with special eye-protective glasses, of course -- will see the first solar eclipse to cross the United States since 1918. The next one won't occur until 2045.

Google has teamed up with the Gordon and Betty Moore foundation, SSI, the National Science Foundation, and NASA to distribute 2 million solar-viewing glasses to nearly 5,000 libraries throughout the country.

Lesson plans to teachers are also available through a partnership between Google and Mystery Science, a Y Combinator-startup that provides lessons plans to teachers. The group will directly ship up to 15,000 free glasses to elementary schools.

Wyoming is one in several states in the line of the total eclipse. Others include Oregon, Idaho, Nebraska, Illinois, Kentucky, Georgia, among others.

"Those who have experienced a total solar eclipse describe it as a 'moment of awe': during the 1918 eclipse, millions of Americans stopped what they were doing and looked up to see the sky going dark in the middle of the day! The air grew cool. Animals became confused. Stars suddenly became visible. At the moment of totality, flames of hot gas shooting off the sun's edge became visible to the naked eye," according to the project's home page.