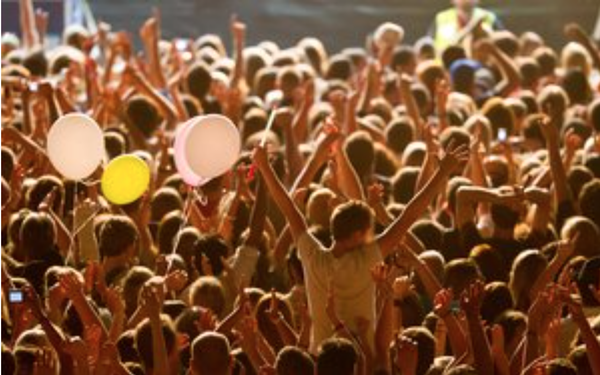 Anheuser-Busch InBev continues as the most active sponsor of music, while Uber replaces Pepsi in the number two spot.

Sponsorship spending on music tours, festivals and venues is expected to total $1.54 billion In 2017, according to research from IEG and ESP Properties. That’s up 4.8% from 2016.

The increase exceeds the projected 4.1% increase in overall 2017 North American sponsorship spending and 3.9% increase in entertainment spending, but lags the 5.6% increase in 2016 music spending.

Anheuser-Busch InBev remains the undisputed leader in sponsorship of live music with a significant bump for the year. Fifty-one percent of music festivals with a sponsor in the beer category report a partnership with an A-B brand, up from 28% in 2016.

Meanwhile Pepsi was pushed out of the number two spot by Uber. Twenty-one percent of properties with a sponsor in the ride share category have a partnership with Uber, more than double the number of properties in 2016 (8%).

Other companies that have expanded their presence on the music scene in 2017 include Salesforce (sponsor of Lollapalooza, Austin City Limits and other properties), Subway (partner with the Bonnaroo, Hangout and Outside Lands festivals) and TuneIn (sponsor of Firefly and Hangout).

Wine and spirts remains the most active category sponsoring music and are 5.3 times more likely to sponsor live music in 2017 than the average of all sponsors, down from 7.4 in 2016. Beer, retail, food, non-alcoholic beverages, media and publishing, banks, automotive, hotels and resorts and technology round out the top 10 most-active categories sponsoring music.