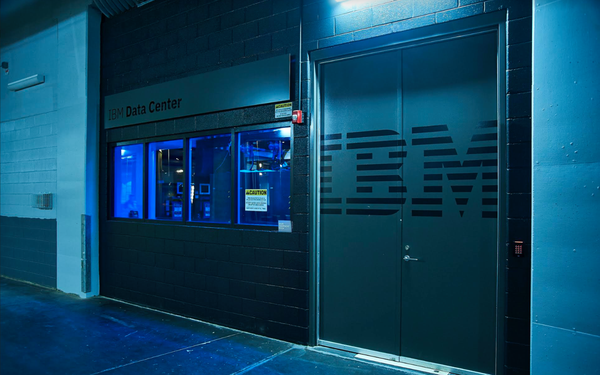 When the Mercedes-Benz stadium opens to the public Aug. 26, fans will have a state-of-art experience in many ways.

The multi-purpose retractable roof stadium in Atlanta will serve as the home of the Atlanta Falcons of the National Football League and the Atlanta United FC of MajorLeague Soccer.

One of the founding partners, IBM, aims to deliver an immersive fan experience as one of the most technologically advanced stadiums in the world. Fans will experience contextually relevant information at every second of the game, according to IBM.

Built on the IBM Cloud, the stadium is powered by IoT technology and integrated with three unique mobile apps designed by IBM iX to provide personalized fan experiences with near real-time updates.

“A live event is no longer about sitting in a seat and watching a game or concert, but a convergence of physical and digital experiences for today’s fans who are looking for the best way to get to a game or view highlights from their mobile phone, for example,” said Bridget van Kralingen, senior vice president, IBM Global Business Services, in a release. “For the new Atlanta stadium, IBM is helping ... reinvent the experience enjoyed by fans, guiding them through the stadium while bringing them closer to what’s happening on the field.”

For starters, IBM designed a fan-friendly wi-fi system with enough broadband to enable the 71,000 fans to simultaneously surf the web, send selfies and never be out of touch with Facebook, Twitter, Instagram while downloading fantasy sports news. Nearly 4,000 miles of fiber optics and 90 miles of audio cabling — enough to go from Atlanta to Dublin, Ireland — are entwined with nearly 2,000 wireless access points.

The IBM Fan Experience application will connect fans to their team and contextually adapts to the needs of each individual user, adjusting to feature the most relevant information for them, such as their favorite players.

The app offers a range of game day services from mobile (100% paperless) ticketing and stadium concessions to helping fans find a parking place or find their way around the stadium. During games, fans can follow the action live from anywhere with play-by-play updates, near real-time highlights, and timely notifications on score updates, injuries and other game related information.

IBM is listed on screens as a founding partner, along with other companies including SunTrust, Coca-Cola, Novelis, Equifax, NCR, Home Depot, AT&T, American Family Insurance, Georgia Power and Scana Energy. There is also IBM branding at the Data Center.