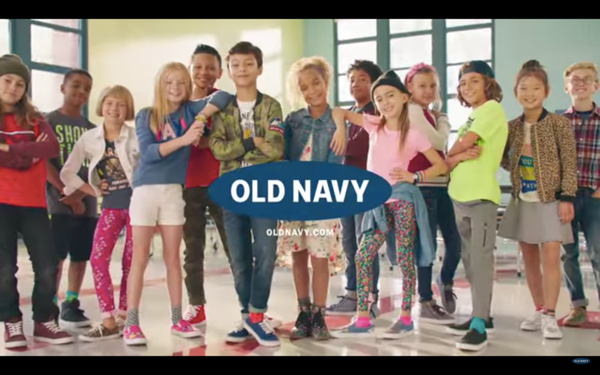 While Walmart, Target and Old Navy are winning the battle for awareness in back-to-school advertising, new data from YouGov Brand Index shows ads aren’t showing the firepower they had with shoppers last year.

Some 42% of shoppers say they had seen some of Walmart’s back-to-school messaging, for example, but that’s down from 50% at this time last year. And the majority of leading national retailers saw awareness levels decline, according to the brand-tracking company.

The same trio—Walmart, Target and Old Navy–also dominate the list of brands shoppers say they are considering for purchase.

While awareness is valuable, the ranking of brands parents say they are considering for purchase is more meaningful. But many smaller brands are gaining traction by that measure, with H&M, Foot Locker, Marshall’s, Urban Outfitters and Famous Footwear all making significant gains in purchase consideration.

YouGov also indexes retailers according to consumer perception of value for the money, with Old Navy leading this list, followed by Walmart and Target. (The index is based on responses from households with at least one child under 18.)

While it’s too soon to tally total BTS ad spending numbers, the YouGov numbers jibe with ad spending patterns, at least as the dollars were laid out last year.

Kantar Media says spending in 2016 reached $251 million, a 12% increase from $224 million the prior year, with ad spend peaking in the second week of August. But spending continued to be heavier, compared to prior 2015, straight through September. And for families with kids under 18, 62% of those in Kantar’s research say ads influence their purchase behavior.