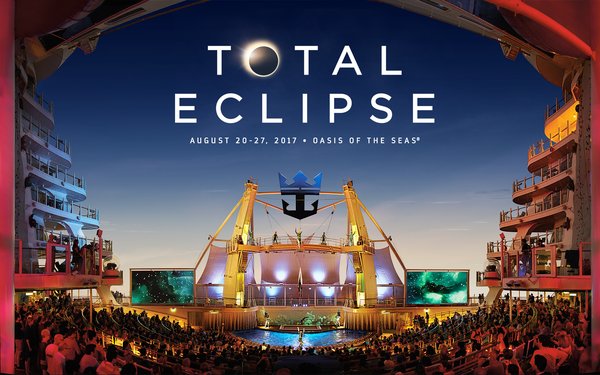 Marketers are taking full advantage of the fervor surrounding Monday’s solar eclipse, even if some of the connections between brands and the astronomical event seem a bit of a stretch.

There’s no shortage of food and beverage brands making connections. For starters, Jose Cuervo is offering up two cocktail recipes that play off of the total blackout that will occur in some locations in the country. They are appropriately called “Total Especial Eclipse” and “Dark Side of the Sun.”

Denny’s is selling $4 All You Can Eat “Mooncakes” and Krispy Kreme is offering chocolate glazed doughnuts for the first time ever. Pernod Ricard’s Malibu released a Black Moon filter on Aug. 11 to raise awareness for the solar eclipse.

Chiquita is taking credit for the eclipse, dubbing it the Banana Sun, and is offering up a map showing the path of totality, the narrow band of the country that will be in total darkness. Surrounding the path are images of how the sun will look to those not in that band, who will experience a partial eclipse. The brand also created a video to further play up how the banana fits into the eclipse.

Nike is promoting its all-black products on Monday, deeming them the brand’s “solar eclipse picks.”

One brand whose connection seems pretty legit is the Mitsubishi Eclipse, which is living-streaming the eclipse from Salem, Ore., as it first enters the continental United States. Mitsubishi will capture images of its Eclipse Cross vehicle beneath the total solar eclipse for its ongoing marketing efforts. Viewers of the live stream will get a behind-the-scenes look as Mitsubishi attempts to capture both Eclipses in the same shot during the 1:57 duration of the eclipse.

For those who want to do more than just quickly glimpse the eclipse, B&H has been advertising equipment that will be useful for viewing and capturing the phenomenon, from basic solar glasses to a solar telescope. Solar shades, goggles, binoculars, filters, and other accessories were also promoted along with instructive articles on how to have the best experience possible.

Royal Caribbean enlisted singer Bonnie Tyler to perform a duet of “Total Eclipse of the Heart” with Joe Jonas of DNCE on its Total Eclipse Cruise, which embarked Aug. 20  from Orlando. The ship will be positioned in the trajectory of the total eclipse band just east of Florida during the event. Meanwhile, Ozzy Osbourne will be performing at the Moonstruck Festival in Cartersville, Ill.

Nashville, which is in the path of totality, is taking full advantage of the event to offer the inaugural Howl at the Moon Music Festival, three days of music, food and activities Aug. 19 - 21. The festival will be live-streamed on YouTube Live, Facebook Live and Skype, from the Thompson Place Golf Range. Statisticians estimate 5 million Americans are traveling to Tennessee to see the eclipse, and over a million have chosen Nashville as their destination of choice to experience the eclipse, according to the festival organizers.

Warby Parker, which has a store in Nashville, held a promotion earlier in the month to send one winner to a viewing party there.

Finally, the U.S. Postal Service has issued commemorative eclipse stamps that change from an eclipse image to a moon image from the heat of one's finger.