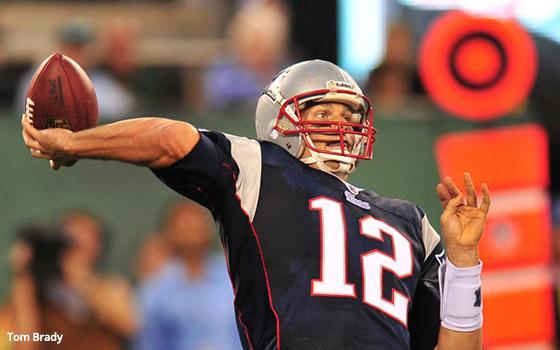 Another season, another series of questions about NFL football and the possibility that it will be thrown for a loss in the ratings this fall.

This year, the suggestions that Americans might turn away from their national autumn pastime are based on two things.

One is the data that came out earlier this summer about the terrible toll the sport has taken on many of its players, many of whom suffer from a variety of brain-related ailments later in life stemming from the hard knocks they took during their playing days.

This is said to be a turnoff for people, particularly when it comes to building and sustaining an audience for the NFL far into the future. It has been said that the severe head injury stats will make parents think twice about allowing their children to play organized “tackle” football at all -- which will erode interest in the game going forward, according to pundits and commentators.

The other thing (and the more immediate of the two) is the continuing issue of millionaire NFL players remaining seated or otherwise purposely ignoring the traditional singing or playing of the national anthem before games.

More than the concern about long-range health issues, this is the stuff that just rubs people the wrong way, especially the people who count most: Football fans. Few things play more poorly than rich celebrities complaining about social conditions.

In New York recently, a handful of demonstrations have been held decrying a perceived blackballing of former 49ers QB Colin Kaepernick. He is the best-known of the NFL's National Anthem protesters. And now, no NFL team will hire him because he is box office poison.

In the local-news coverage of the New York demonstrations, a relatively small group of people is seen gathering together in quiet protest and demanding for Kaepernick to be hired by an NFL team. Spike Lee was mentioned as an organizer of at least one of these gatherings.

As far as can be determined, the demonstrations and their tepid local evening-news coverage are having no impact, except possibly on a handful of NFL players who say they now plan to mimic Kaepernick by sitting or kneeling on one knee during the anthem.

For a sport frequently described with the phrase “all-American sport,” players disrespecting the National Anthem just seems counter-productive, in a business sense, to an industry that pays these very same players handsomely.

And as seen on TV, these protesting players are not only dissing the song, but also the flag and the various service members who are usually there holding the flags or otherwise participating in this patriotic pre-game tradition.

Whether or not you have a financial stake in the NFL, the protests can sometimes make you wonder why the players cannot devise some other way to voice their concern over race relations in the United States. Surely, there are statements they can issue or gestures they can make that don't insult their audience and the league that fuels their lifestyles.

For the last few years, the NFL seems to have been beset by problematic issues at the onset of new seasons. In 2014, for example, a series of wife-battering stories involving NFL players was expected to deflate the TV ratings that season.

At the outset of the following season, Tom Brady's deflated-football cheating scandal was in the news. That was expected to negatively impact the game ratings that season too. These impacts didn't happen.

However, last November, it was widely reported that ratings for the 2016 season up to that time were experiencing double-digit decreases. The reasons suggested by commentators included Kaepernick's protests, the rise of fantasy football and the Thursday night games that, in the opinion of some, were over-saturating the market.

On this last point, I tend to agree. NFL games are primarily a Sunday tradition. The NFL should just pack Sundays with games and the league will have a nation in its thrall every weekend for an entire day (which they pretty much have already).

Here at the end of this now annual TV Blog about the NFL's problems at the start of a new season, I have no crystal-ball capabilities for predicting how the NFL will do. I think there are two factors that cannot be considered in advance: The quality of the games and the weather.

Should a series of great games emerge, with exciting teams and compelling personalities in contention, then ratings will remain strong and possibly rise.

On the weather front, the onset of colder, wetter weather in the latter half of the fall will ensure a homebound audience for football on Sundays.

The football tradition in America is one that is not easy to kill. Cheating scandals, political protests and even grievous injuries have not yet been able to do it. There is no reason to suggest they will succeed now.