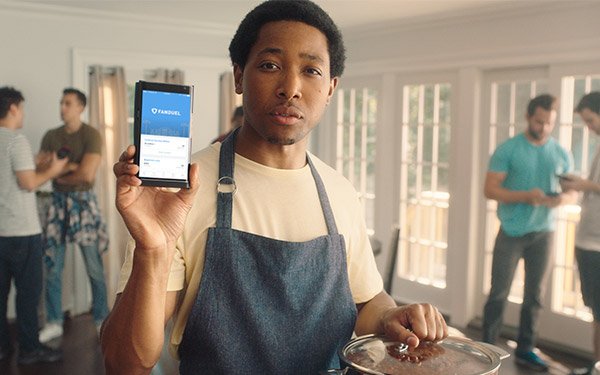 After fantasy leagues FanDuel and DraftKings dropped their efforts to merge following the Federal Trade Commission's July decision to sue to block the deal, FanDuel and its agency The Vault NYC are launching a new campaign to raise awareness for the fantasy sports provider.

The creative suggests FanDuel and football friendly foods such as hot wings and nachos are better when enjoyed with friends. Three different 30-second spots, all of which liken popular game day food dishes with the daily fantasy sports provider, will run throughout the NFL season. The ad taglines include, 'It’s the 5-alarm chili your fantasy football game has been waiting for' and 'It’s the fully loaded nachos your daily fantasy football game has been waiting for.'

"This campaign compliments the fantasy football culture through a creative storytelling approach in a way the fan can relate to," says Jon Paley, CCO, managing partner, The Vault NYC.

The spots will air on both broadcasting networks and digital outlets. Among the networks planning to air the campaign are ESPN, NFL Network, NBC, and Viacom channels.

Earlier this year, The Vault NYC produced a series of television and digital ads for FanDuel’s fantasy golf offering, which ran in conjunction with the U.S. Open Championship.

Earlier  FanDuel and rival DraftKings were engaged in a marketing battle spending an estimated $205 million on advertising in 2015. Then, last football season, after a year of tumult and scrutiny of the fantasy sports betting world, FanDuel rebranded with a new look, new customer experience and new attitude.

That new approach highlighted the emotional experiences — camaraderie, competition and excitement — of fantasy sports, as opposed to the potential winnings one could take home from the contests.