For the upcoming TV season, Nielsen has slightly raised estimates on the number of U.S. TV homes -- by 1.0%.

Nielsen uses U.S. Census Bureau data combined with information from the national TV panel to arrive at its TV universe estimates in early May. It distributes final Nielsen Universe estimates before the start of each TV season -- typically the third week in September.

In addition, there is an increase of half a percentage point in total U.S. homes with TV receiving traditional TV signals via broadcast, cable, DBS or Telco, or a broadband Internet connection -- to 96.5%. 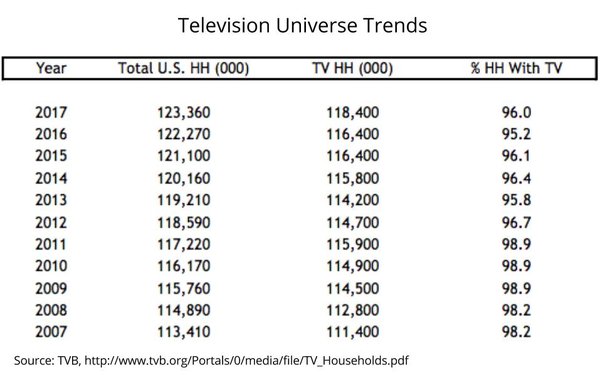