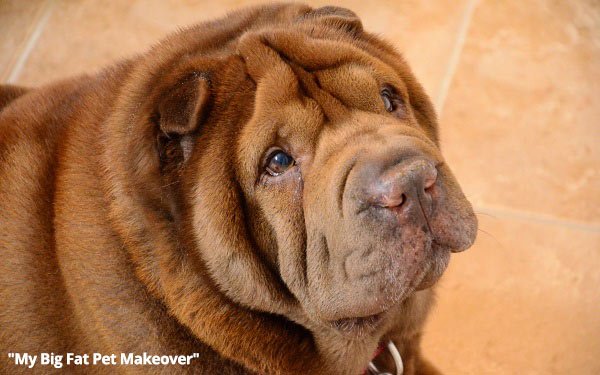 As several of my Facebook friends insisted on reminding me this past weekend, Saturday was National Dog Day.

Why we needed a designated national day to honor dogs is beyond me. Dogs are already the most revered animals on the planet -- more than humans in the eyes of many a zealous dog owner.

With some people loving their dogs like they are their own children, and others not loving dogs nearly as much (if at all), a new show is set to premiere next month that takes the care of dogs to a whole new, human level.

It’s “My Big Fat Pet Makeover,” coming to Animal Planet on September 30. The show features a man named Travis Brorsen, described as a “pet expert and trainer” who will take overweight household pets on “a four-month long weight-loss and behavior modification journey … with the aim of helping each pet live a healthier and happier life,” according to a press release.

The release also notes that more than 50% of household pets -- both dogs and cats (tropical fish are not mentioned) -- are obese. The culprits -- such as extra-large sugary soft drinks, for example -- are not cited.

If I may take a stab at an educated guess here: It seems to me that too many owners are sharing their human junk food with their pets. The result is a pet obesity epidemic.

And while a TV show aimed at reversing this scourge sounds well-meaning on the surface, “My Big Fat Pet Makeover” also raises troubling questions about pet self-esteem and pet body-image issues.

Let's start with the show's title and its wording, particularly the use of the phrase “Big Fat.” The two words are also part of a human-based reality series on co-owned TLC -- “My Big Fat Fabulous Life,” about a plucky, plus-sized gal who is not letting a few extra pounds stop her from living her life to the fullest.

In the context of the human reality show, the “Big Fat” phrase is applied as a way of signaling that “Whitney,” the show's real-life central character, is “owning” her body type and saying it's OK.

But are pets smart enough to “own” the same phrase when it is applied to them? I don't think so. I'm no expert, but I doubt pets are intelligent enough to understand the nuance inherent in the two-word phrase “Big Fat” when it is used here in a TV show about them and their struggles with domesticated animal obesity (DAO).