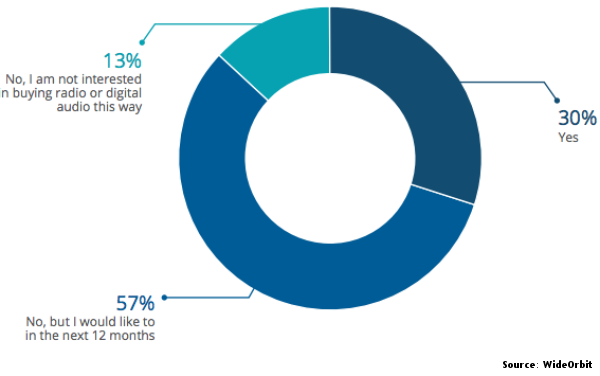 The percentage of ad buyers who buy radio and digital audio advertising via programmatic technology will nearly triple in the next 12 months, according to a survey of advertising and media-buying executives and radio industry professionals fielded recently by media technology firm WideOrbit.

Among those ad execs currently buying radio programmatically, 100% said they will either increase or maintain the amount of radio ads they buy that way over the next 12 months.

The survey -- which had nearly 9,000 respondents -- was conducted in April but is being released this morning by WideOrbit, a company whose roots began in trafficking media buys, but which itself is increasingly becoming a programmatic platform for transacting them.