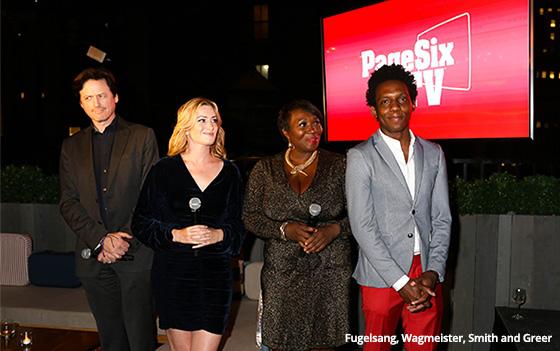 Produced by the New York Post and Endemol Shine North America, “Page Six TV” is a daily TV show that will broadcast in more than 200 local U.S. markets, which is more than 98% of the country. Each episode is a half-hour and will air each weekday.

“Page Six TV” is the product of a successful three-week preview last summer on seven Fox TV Stations. Starting today, “Page Six TV” will launch on Fox Television Stations (FTS) in 16 markets, including New York, Los Angeles and Chicago. It will also be on stations that are NBC, CBS, FOX, CW and ABC affiliates.

They will cover gossip and news from entertainment, culture, the media, finance, real estate and politics.

“When Rupert Murdoch had the idea for Page Six 40 years ago, it was about the secrets that CEOs and their mistresses have, what really is happening behind the velvet rope at amazing nightclubs, what are people listening to in the halls of power, and of course, the big stories.

"When we went about creating this show, we knew we had to make the same thing,” New York Post publisher and CEO Jesse Angelo, one of the show's executive producers, said at the "Page Six TV" launch party last week.

Page Six editor Emily Smith and deputy editor Ian Mohr will also contribute to the show. Celebrities, comedians and newsmakers will join as “Plus Ones,” or special guests who will offer their insights on the day’s top stories.