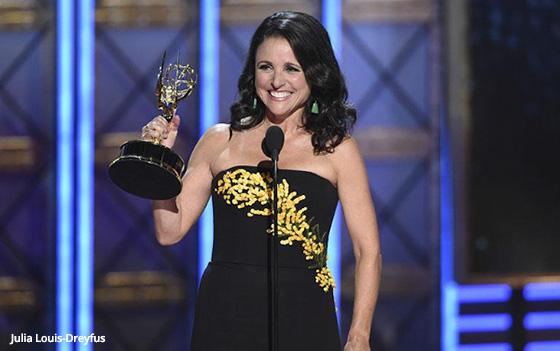 CBS’ “Emmy Awards” eked out comparable results to a year ago, which posted an all-time low in total viewers.

These numbers were down from last year’s low of a 2.8.

The Emmys' big competition -- as it has been for many years -- was NBC’s “Sunday Night Football.” The game between Green Bay and Atlanta posted 18.5 million viewers and a 6.4 rating among 18-49 viewers.

The results were down from the week before: 21.7 million viewers and an 8 rating among 18-49 viewers.