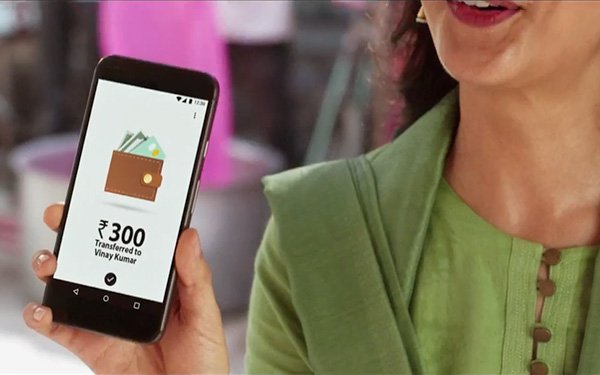 Expanding its mobile payment horizons, Google is rolling out a new payments app in India.

Named Tez -- which translates to “fast” in Hindi, the app is being positioned as a simple and secure way to pay for things throughout the country.

Using a “cash mode,” the app lets users pay others without exchanging personal information, like bank account or phone numbers.

Cash mode was built using Google’s proprietary AQR (Audio QR) technology, which is similar to QR codes but designed to be more secure. And unlike NFC, it works with most smartphones in India, whether they run Android or iOS.

Tez relies on users’ existing contact lists, which makes it easier to transact with friends and family.

Additionally, one’s transaction history with each person or business is grouped together like a conversation -- such as chat apps group messages together.

Tez relies on users’ existing contact lists, which makes it easier to transact with friends and family. Transaction histories are grouped together in a way that should be familiar to users of chat apps.

Google is also encouraging small businesses to use Tez to accept payments directly into their savings or individual current accounts, as well as offering a dedicated Tez for Business program.

Per the program, participating businesses can interact with customers in unique ways, including securely accepting UPI payments on their mobile websites with just a few taps.

Member merchants will also get their own Business Channel in the Tez app, so users can interact and transact with them without needing to install multiple apps. From their customized business channel, merchants will also be able to engage customers directly by sending “smart reminders” for recurring payment and sharing tailored offers.

Along with launch partners like PVR Cinemas and redBus, DishTV and Domino’s are expected to join the program shortly.

Looking ahead, Google is expected to release the payment in additional emerging markets, including Indonesia, Vietnam and Thailand.