On the cusp of the 2017-18 television season, Nielsen released an analysis indicating most of the video ad marketplace growth is coming not from linear TV, but from digital video ad spending.

That represents a 3.6% increase from the $59.0 billion advertisers spent on TV during the 2015-16 season, and tracks the overall expansion of the U.S. advertising marketplace. 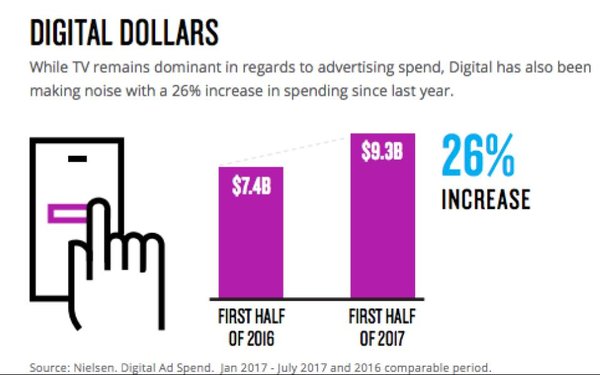